A majority women-owned activist investment firm is pressing emerging-market companies for changes in the belief that more responsible management will generate better returns.

Washington DC-based Cartica Management sees opportunities for environmental, social and governance investment in countries where such principles are less advanced, according to Emily Alejos, the firm’s chief investment officer. Cartica, which manages about $1.2 billion in assets, focuses on small- and mid-cap stocks mainly in Brazil, China and South Korea.

ESG is gaining traction as an investment strategy, especially given its outperformance amid the recent coronavirus-led market turmoil. BlackRock Inc. noted that 88% of sustainable indexes did better than their non-sustainable counterparts in the first four months of 2020. And demand is growing, with nearly 85% of US institutional investors surveyed by Morgan Stanley saying they are interested in sustainable strategies.

The need for ESG investing is even greater in emerging markets, Alejos said in a telephone interview, as “oftentimes they don’t have regulations in place to ensure enforcement of good policies and good practices.” The company declined to share information on its investment returns.

Founded 12 years ago by former emerging-markets and governance specialists at the International Finance Corp., Cartica has tried a “friendly approach” toward activism, Alejos said. With women making up more than half of its investments team, the firm has encouraged companies to elect female board members. “We have had success where a company has an all-male board and we had recommended to have at least two women,” Alejos said, without specifying the company or country. The firm has so far been unsuccessful on this issue in South Korea, where women comprised just 3.1% of board membership in 2019, the lowest among 39 countries around the world, according to research by Credit Suisse Group AG.

There was one instance where Cartica pushed a Korean firm to improve its dividend policy and the company raised the issue to its board, which Alejos already considers a success.

The opportunity for growth in socially responsible investment is high. ESG investing accounts for just 0.2% of total assets under management in South Korea, 1.4% in China and 0.6% in Brazil, according to data compiled by Bloomberg. Those are all far below levels of in Europe, the US and Japan. There is no conclusive evidence that sustainable funds consistently perform better or worse than other funds, and a lack of consistent methodologies and reporting standards makea it challenging for investors to incorporate ESG principles, according to an October report from the International Monetary Fund. But fund managers like Cartica expect investors to increasingly press companies for changes.

“The trend of acceptance of ESG globally is improving significantly and dramatically,” and not just for investors, Alejos said,. “It is critical to every company in how they can be successful and create a sustainable business model.”

That is positive although you don’t have to dig deep to unearth the ‘ESG wash’ in a lot of false claims corporates make including the likes of Nestlé, Proctor and Gamble, Unilever etc, as there is no governing body on ESG so companies make it up and claim it.

It is strange how the socialists want to prescribe to entrepreneurs how they should run their business, instead of them starting their own business with this idea of theirs. If their ESG idea had any value at all, it would provide them with a distinct competitive advantage. They can make millions with this idea of social responsibility. Their belief in their own idea is not strong enough for them to take the risk and apply the capital to test their idea. So, without having any skin in the game, and without taking any risks themselves, they force the entrepreneur to apply his capital and take the risks. They don’t start their own business, but they use social justice as a crowbar to break into the boardroom of an established business to demand a seat at the table. This is not entrepreneurship, this is parasitism.

ESG Investment in South Africa will fail. Long-term positive returns and long-term impact on society, environment and the performances of businesses in South Africa is a ‘’pipe-dream’’.
BEE and all its ‘’gate-keepers’’ will jump in first and demolish these companies, just ignoring the ANCs own regulation policies – what’s left thereafter, will end up on the rest of the cadre’s corruption list! 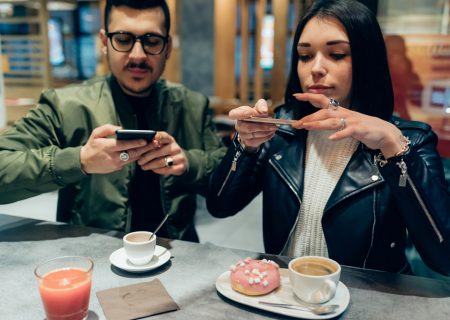