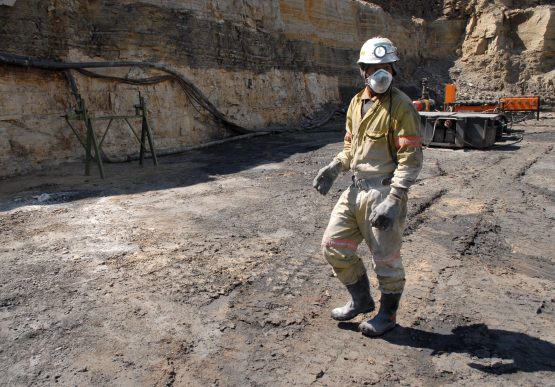 Three recent court judgments have radically altered the mining landscape. Two deal with the need for miners to engage with local communities and take a hardline stance on the eviction of locals, and the third slapped down the mining minster for allowing coal mining in an environmentally protected area in Mpumalanga.

The case that has perhaps the greatest import is the decision of the Constitutional Court to overturn an eviction order against 37 members of the Lesetlheng Community in North West Province to make way for mining on the land they had occupied for generations. The judgment in this case requires mining companies not just to consult with communities prior to commencing mining – but to also obtain the written consent of the individuals directly affected. This goes beyond what is required in many other countries, where consultation, but not consent, is sufficient.

The occupants in the so-called Maledu case say their ancestors purchased the land in 1919 but were unable to legally obtain title due to previous racial discrimination, so the land was registered in the name of the minister of rural development, who held it in trust. Like many communities in SA, proving their title to the land is a complex and legally fraught issue. A separate case is underway to establish the ownership of the Lesetlheng community land.

The respondents in the case were Itereleng Bakgatla Mineral Resources and Pilanesberg Platinum Mines, both of which have mining rights over the area. They argued that they had complied with the Mineral and Petroleum Resources Development Act (MPRDA) requirement to consult with the Bakgatla Ba Kgafela community before mining and had received the necessary permissions.

The ConCourt agreed, invoking a clause from one of the briefest acts on the statute book, the Interim Protection of Informal Land Rights Act (IPILRA), which says “no person may be deprived of any informal right to land without his or her consent”.

According to community activists, mining companies in SA have a sordid reputation for playing off one section of a community against another to secure mining rights. This is what happened in another case brought by 128 members of the Amadiba community living in Xolobeni on the Wild Coast, who have fought a multi-year battle to stop the mining of titanium sands on their traditional land. Australian-owned Transworld Energy and Mineral Resources (TEM) has applied for the rights to mine a 22km coastal strip in the area. One faction of the community is in favour of mining, another is against it.

The question then arises, who are the legitimate representatives of the community? Even where a majority of the community supports mining, this is not sufficient to consent to mining on ancestral land under customary law. The Pretoria High Court outlined the importance of land under the customs and traditions of the indigenous inhabitants of Xolobeni. A residential plot is far more than a place to live, “it is a symbol of social maturity and social dignity. Each residential plot further serves as a critical conduit for the preservation of relations of inter-linkage and mutual dependence between the living and the dead …”.

The minister of mineral resources imposed a moratorium in June 2017 on TEM’s application for mining rights in the area due to the volatility of the situation in the area, where an anti-mining activist, Bazooka Rhadebe, was gunned down in 2016 by assailants who remain at large.

The Amadiba, like those in the Maledu ConCourt case, rely on the consent clause embodied in IPILRA. In other words, the ministers of mineral resources and rural development and land reform must obtain the affected community’s full and informed written consent before mining rights may be granted in terms of the MPRDA. TEM argued that the MPRDA trumps the IPILRA, and that no land owner can have the right to refuse mining.

The Pretoria High Court said the MPRDA must be read with the IPILRA to protect the informal rights of customary communities. “As such they may not be deprived by [of] their land without their consent.” The court found that the granting of a mining right would constitute deprivation and declared that the minister of mineral resources lacks the authority to grant a mining right to TEM unless the consent provisions of IPILRA have been complied with. The consent, held the court, must be obtained by the minister of mineral resources, the minister of rural development and land reform and the deputy director-general of the department of rural development and land reform – not the applicant for a mining right.

Another case that throws a boulder in the road for miners involves Sishen Iron Ore’s attempt to evict a number of people who had lived on a proposed mining site in Dingleton, Northern Cape, for 30 years. Sishen is a subsidiary of Kumba and ultimately of Anglo American. This judgment is a consequence of the Maledu case decided just weeks before in the ConCourt.

Relocations must comply with local and international laws, including the International Finance Corporation’s standards for resettlement, which require resettled people to be placed in a position as good as or better than previously.

The families claimed Sishen was attempting to “creatively evict” them by carrying out blasting nearby, which was only stopped when local media reported on the matter. It then delayed negotiations with the community for nearly a year and, instead of referring the matter to arbitration as previously agreed for disputes of this nature, the company applied to court for an eviction order, claiming this was necessary for the safety of their homes. To buttress its claim for urgency, Sishen provided the Kimberly High Court with photos of homes that appeared to be structurally unsound, and should therefore be vacated. The families countered that their homes were safe, and the photos presented to the court were of other buildings.

“To the extent that Sishen is genuinely worried about our safety, we welcome its support in eliminating any risks and improving our living conditions. Instead, Sishen prefers to use these risks to motivate for our forced removal,” deposed Evelyn Hunter, one of the residents of Dingleton under threat of eviction, said before the court.

“Historically, negotiating mining deals with communities in SA has been like stealing sweets from a baby. Communities lack the capacity to negotiate these deals, so they generally end up getting very little out of them. I think these recent cases swing the balance of power more in the direction of communities, which is how it used to be before the MPRDA came into being,” says attorney Richard Spoor, who has been involved in three of the cases on behalf of community interests.

What about the claim that these cases will drive away mining investment? Mining attorney Manus Booysen of Webber Wentzel says the Xolobeni judgment and the requirement to obtain communities’ consent prior to the grant of mining rights, which is likely to be appealed by the minister of mineral resources, will damage an already battered mining sector.

Spoor disagrees: “I don’t see it being much more difficult to obtain mining licences and to attract investment. I believe market forces will prevail. If the mining project makes financial sense, and the communities consent, then mining will occur.”

Is Mr Spoor not well ?
If you have two projects-one in Australia and one in South Africa with the same IRRs which one do you invest in? The one where an uneducated community sees their consent as an ATM(in hard currency) or the other?
Please Dick!

…..the one that is NOT going to be expropriated without compensation!

Good, there should be no type of land grabbing, not by ministers, miners, crooks, foreigners, political parties etc. If you bought the land, its yours, if you inherited it its yours, if you can prove someone stole it (lawfully or unlawfully) its yours. If someone wants to mine it, they need your permission and need to meet your conditions, otherwise they must go back where they came from. If you bought it legally, and pay tax on it, and there is a Surveyor General diagramme and registered deed in your name, whoever wants to take the land from you, by making new crimininal, unethical and immoral laws, is a criminal. So I agree with these citizens, don’t let anyone take your land for whatever reason.

Well it depends Ludwig. If you are an individual farmer who happens to be white, with solid first world title deeds dating back 200 years, you could easily get booted without compensation overnight and the court could, just as easily, be unsympathetic particularly if it is “poor disadvantaged” Patrice Motsepe or Cyril Ramaphosa doing the booting (via the actual miners, say, Australians). On the other hand, as Naas would say, if you are a “poor community” arrived recently, not from the area, no title deeds, mostly working elsewhere but with a Spoor in your corner, regardless of the raft of government permissions granted, you could be in luck, compensation, new land, title deeds; the whole enchilada; or no mining. Of course if the miner had some good ANC connections, well you may be fresh out of luck too.