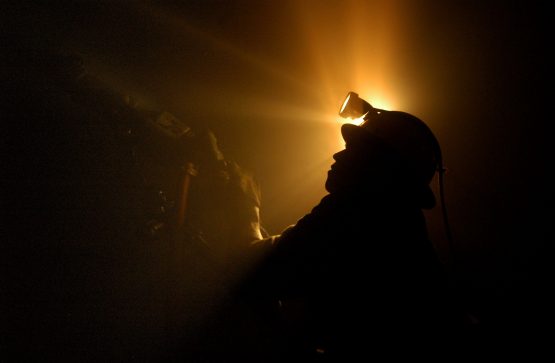 The once mighty AngloGold Ashanti has been bumped off the list of SA’s Top 10 mining companies, replaced by Royal Bafokeng Platinum, according to the PwC SA Mine 2021 report released on Tuesday.

“The gold sector experienced the largest negative share price movements as a result of the declining gold stocks and lack of investor confidence in the precious metal,” says the report.

“In addition, gold was also ranked as the least preferred commodity in June 2021 and this is reinforced by the drop in position by AngloGold Ashanti and Gold Fields.” Strong iron ore price movements saw Kumba Iron Ore move up to second place, on the back of its record financial performance.

In terms of ranking, Impala Platinum was the biggest climber, moving from sixth place to replace AngloGold Ashanti in the top three, after its market capitalisation more than doubled between June 2020 and June 2021.

In addition to Impala Platinum, Sibanye-Stillwater moved from fifth place to fourth place. Both these improvements in ranking are attributable to the favourable platinum group metal (PGM) prices.

Higher prices for PGMs and iron ore were the main drivers behind the 63% jump in mining revenue for the year to June 2021, according to the report.

Mining was among the most resilient sectors in the SA economy, benefitting from a 71% average increase in PGM prices and a 48% increase in iron ore prices. These higher prices helped offset the drop in production that occurred at the start of the hard lockdown in March 2020.

There was a 13% increase in mining production over the previous year, with diamonds, manganese ore and chromium leading the way. Diamond production was up 30% year on year, while coal was down 6%.

Iron ore prices increased by more than 200% from the prior year and this was largely driven by China’s rapid economic recovery and subsequent reopening of other global steel markets.

Another sign of the health of the sector is the level of dividends paid to shareholders. Though gold mining companies struggle to make it onto the list of the Top 10 companies ranked by market cap, Harmony increased revenue by 42%, due largely to a 26% improvement in production and a higher average rand gold price.

“Debt has largely been repaid and returns to shareholders reached record rand levels for many companies. The fiscus benefitted from increased direct and indirect taxes and mining royalties to the extent that it could support ongoing socioeconomic support during the pandemic.

“Strategies will include expansions and new development, acquisitions, strengthening of local infrastructure and host communities, market development, and investments up and down the value chain. Execution on these strategies will require disciplined long-term sustainable mindsets.”

Resources companies have paid astronomical dividends to shareholders this year. This is great news for investors.

And no doubt, resources company executives will be rewarded with increased bonuses.

But despite super profits this year, resources companies have forgotten about the mine workers who have toiled during these difficult times.

Mine workers are still underpaid and deserve better salaries.

The resources companies need to find a balance between increased profitability and social responsibility.

Do you or anybody else know what the salaries of mine workers are and how it compares with international miners?

International miners are more productive and more skilled than local miners, so take that into account. You thus require less human resources, or the headcount is lower.

Use Australia as an example, a miner is a diesel mechanic and a tractor or bulldozer driver also, so they will do more than one task or job in the same day.

As for Anglo God, they have a new CEO and the Gold mine in Ghana will start operating in a weeks’ time. That is an extract 200,000 O/Z of Gold per year , roughly R6 Billion per year of Gold.

Plus the new CEO has bought some shares in ANG with his own money, that says a lot about his confidence in the company.

I support this one.

Yeah, whats the salary ratio between the CEOs and their average workers between SA and Aus?

Implats CEO cashed in R88M worth of shares 6 months ago. Hmmm, I guess he deserved every cent in a PGM bull market.

The Ghana partner, Sir S Jonah, needs to be investigated by the ICC.

One should never forget that the government is indeed a shareholder and the recipient of the biggest dividend. They take 28% of the profit after all expenses/running of the company/risks taken and avoided etc. It is called company tax. After SAA and many more they should know that running a company is not that easy – if you argue it should be run at a profit and not with tax payers money.

On the other hand the minerals in the ground do belong to the country and therefore it is fair that the country, represented by the government, should receive a dividend (tax). How well the ANC government uses the dividend (tax) is another debate.

Well Gordon ,: the tax appears to support sections of the motor industry ,namely Merc and BMW ,judging by the ANC,s fleet .
I wonder why they don’t change to HAVAL in honour of their comrades . ?

The negative sentiment towards gold is reflected by the comparison of the US gold mining index and the $gold price as at the find for..
el834862649 Gold Miners Index
Look closer and see the indicators for a turnaround spluttering into focus.