Battle for SA platinum miner comes to a boil

Implats revived its pursuit of the smaller producer at the end of last month, following Northam’s swoop to buy out RBPlat’s biggest shareholder.
By Felix Njini, Bloomberg 10 Dec 2021  08:50 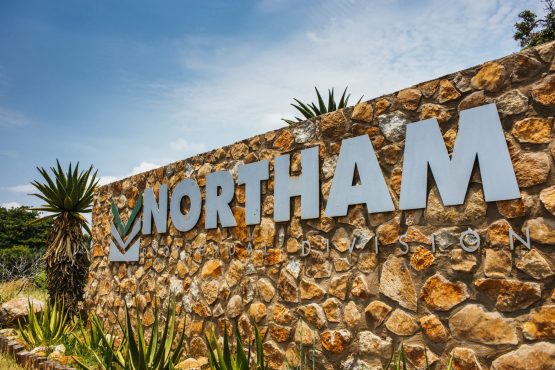 Tensions in the takeover battle for one of South Africa’s smallest platinum miners — Royal Bafokeng Platinum — ratcheted up on a day littered with statements to the Johannesburg Stock Exchange.

It kicked off Thursday with Royal Bafokeng, also known as RBPlat, announcing that Northam Platinum Holdings Ltd. had made an unsolicited approach to buy some or all of its shares. Later, Northam said the stake it had built in RBPlat so far wouldn’t trigger a mandatory offer to all shareholders. Soon after, rival Impala Platinum Holdings Ltd. said it now held 35.31% of RBPlat as it sought control of a miner that’s key to prolonging the life of its own deep-level operations.

Implats revived its pursuit of the smaller producer at the end of last month, following Northam’s swoop to buy out RBPlat’s biggest shareholder. Implats has long wanted to own RBPlat’s low-cost mechanized assets, which lie adjacent to its own Rustenburg mining complex. Now Chief Executive Officer Nico Muller faces a battle with Northam counterpart Paul Dunne.

“It’s going to be who comes up with the best offer,” said Rene Hochreiter, an analyst with Noah Capital Markets Ltd. “Northam is going to have to make it a cash offer because Implats is going to come up with a cash offer.”

RBPlat said Northam’s unsolicited approach includes no offer details, with the latter asking to undertake due diligence. Earlier talks with Northam over a possible bid ended after its board rejected a non-binding offer letter dated Oct. 11, RBPlat said.

On Nov. 29, Implats made a 150 rand per share cash-and-shares offer to RBPlat shareholders, valuing the company at about 43.4 billion rand ($2.7 billion). That bid, supported by RBPlat’s board, came after Northam agreed to pay 180 rand a share for a 32.8% stake in RBPlat. Northam has since raised its holding in RBPlat to 34.95%, and said on Tuesday that it has options to increase that stake to 38.27%.

Northam would be required to pay 180 rand a share to other RBPlat investors if it makes a general offer within six months, according to RMB Morgan Stanley analysts. Under South African takeover rules, a mandatory offer to other shareholders would be triggered if its RBPlat holding rises to 35%.

Northam’s potential offer to minorities “would need to match the best price paid to security holders of the same class in the preceding six months” and the transaction may also require shareholder approval, the analysts said.

South Africa’s Public Investment Corp., the continent’s largest money manager, is an interested observer. It holds about 10% of RBPlat, but also has stakes in Implats and Northam, and said it would support “any transaction that can demonstrate benefits for its clients.”

The ball appears to be in Northam’s court as it weighs an offer, although operational considerations may also play a part. The potential synergies between RBPlat and Northam are less compelling than those with Implats, said Shane Watkins, chief investment officer at All Weather Capital Ltd.

“The risk is that Northam overpays given their lack of mining synergies with the Royal Bafokeng assets,” Watkins said.