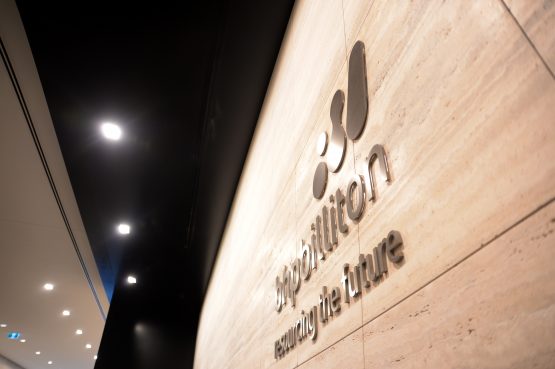 The group more than doubled its profit in the year to June. Photographer: Carla Gottgens/Bloomberg

BHP Billiton’s results for the year to end-June are nothing short of astounding. Not only because the group announced that profit more than doubled, but also because of the sheer size of the numbers in the financial statements.

Read: It’s good to be a miner again

Profit attributable to shareholders increased by 124% to $8.3 billion and operating cash flow increased to nearly $17.9 billion in the past 12 months on turnover of $44.3 billion.

The profit equals nearly R128 billion and the operating cash flow nearly R322 billion at the current exchange rate of R15.39 per dollar.

Turnover is equal to a massive R681 billion.

BHP CEO Andrew Mackenzie said in a discussion on the results on Monday that returns by way of dividends and share repurchases have seen shareholders receive a record $17 billion during the past year, with the final dividend of $3.9 billion increasing the total return to shareholders to more than $20 billion.

In short, the figures show that mining is an exceptionally big industry – and a closer analysis indicates that SA is probably losing out on the rewards.

Most of BHP’s profits come from iron ore, the humblest of all metals in its most basic state. The group’s iron ore mines around the world produced 48% of the total earnings before interest, taxes, depreciation, and amortisation (Ebitda). The figure: $11.1 billion.

The margin in the iron ore segment was also the highest at 65%, as was the return on capital, at 37%. This was achieved despite some problems during the second half of the year when production was interrupted by bad weather and the derailment of an iron ore train.

Mackenzie said in his presentation to shareholders that the iron ore segment is running smoothly and reached its production rate of 290 million tons per annum during the last quarter of the financial year. Production cost was significantly lower than that alluded to by BHP earlier due to the increase in volumes and higher productivity overall.

Management indicated that production cost in the iron ore segment will decrease further from the $14.16 per ton during the past year to less than $13 per ton in the new financial year.

It also looks like BHP will again depend on iron ore next year.

Its second biggest division, the copper mines, performed well during the past year, but management expects costs to increase due to lower ore quality and the need to remove more overburden to reach copper-bearing ore.

The coal division, which produced 17% of total Ebitda and posted the second highest return on capital, will probably produce less profit next year. It looks like coal prices are still declining, while BHP expects cost to also increase at its coal mines, again due to the higher cost of stripping overburden.

While the oil and gas interest performed well in the past year, costs are also set to increase here due to higher maintenance costs and the reduction of gas production as one of BHP’s big natural gas fields moves closer to depletion.

However, Mackenzie says BHP is entering the 2020 financial year with positive momentum and a strong outlook with regards to both volume growth and continued cost control. “Our performance over the past five years has delivered an increase in volumes of 10% and a reduction in unit costs of more than 20% across our major assets.

“We used our strong cash flow to invest in attractive growth projects, advance exploration programmes and increase our returns to shareholders,” Mackenzie told the assembly of analysts, big shareholders and reporters.

Historic figures show that cash flow from operations have increased strongly since the 2016 financial year following a few years of decline, while free cash flow after investment activities has improved remarkably since the bad 2012 year when BHP had to increase debt sharply. Free cash flow reached $20 billion in the 2019 year, of which half was as a result of the sale of oil and gas wells in the US.

Mackenzie noted that only about $2 billion was needed for maintenance of current operations, while another $2.8 billion went to reduce debt.

Some $5.2 billion was returned to shareholders by way of share buybacks, which left BHP with another $5.6 billion to spend on new projects, explorations and capital expenditure to improve existing operations.

The group is currently developing six major new projects spanning every segment of the business. The newest is the development of a big new oil field in Trinidad and Tobago that was approved by relevant authorities just a few weeks ago.

Mackenzie says BHP aims to strike the right balance between reducing debt, growing the business and increasing returns to shareholders.

He sees some uncertainty for the group over the short term due to a lot of uncertainty in the world and fairly modest economic growth. He is more optimistic over the medium-term, but warns that cost control will be of utmost importance.

SA shareholders are probably looking at BHP and their Billiton shares through eyes clouded by the weakening rand. Similar to other commodity shares, Billiton has had a tremendous run over the last few years.

The current price of R323 is a far cry from the low of around R136 at the beginning of 2016, thanks to a bit of help from the decline in the rand. Meanwhile shareholders received decent dividends as well.