Dealing a blow to coal developers in Africa that see the Asian country as the last potential funder of their projects.
By Ray Ndlovu and Antony Sguazzin, Bloomberg 30 Jun 2021  12:27 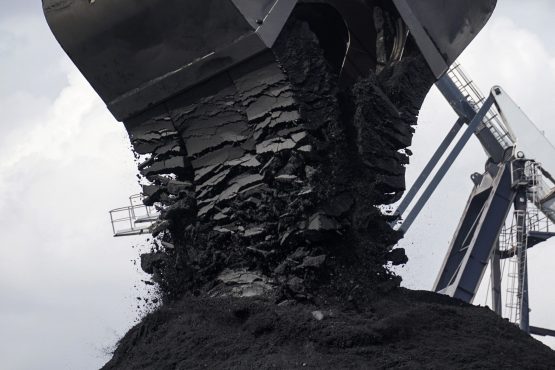 China’s biggest bank dumped a plan to finance a $3 billion coal-fired power plant in Zimbabwe, dealing a blow to coal developers in Africa that see the Asian country as the last potential funder of their projects.

Industrial and Commercial Bank of China told Go Clean ICBC, an ad-hoc body representing 32 environmental groups, that it won’t fund the 2 800-megawatt Sengwa coal project in northern Zimbabwe, according to a June 18 email seen by Bloomberg that was sent to 350.org, one of the Go Clean groups. ICBC didn’t immediately respond to a request for comment.

Western and South African banks have come under increasing pressure from their shareholders not to fund developments that could contribute to climate change, leaving Chinese lenders as one of the last avenues to secure finance. That door may now be closing, should China plan to improve its own environment credentials.

“This is highly significant, obviously for Zimbabwe but also for Chinese overseas energy financing,” said Lauri Myllyvirta, lead analyst for the Centre for Research on Energy and Clean Air. “It is the first time, to my knowledge, that a Chinese bank has pro-actively walked away from a coal-power project.”

The Sengwa project was being developed by RioEnergy Ltd., a unit of RioZim Ltd. RioEnergy Chairman Caleb Dengu said last year that ICBC had signed a formal notice of interest in funding the plant, to be constructed by China Gezhouba Group, while associated transmission lines would be built by Power Construction Corp. of China Ltd.

ICBC’s withdrawal marks the second time the bank’s coal-funding plans have been scrapped. A permit to build a coal-fired plant in Lamu in Kenya was canceled by the government last year.

ICBC described Sengwa as a “bad plan due to environmental problems,” 350.Org said in the email.

The Chinese lender has been under scrutiny over the environmental impact of funding coal projects and is in discussion with the coalition to “chart a clear road map to stop funding coal,” Go Clean ICBC said in the email. Nathalia Clark, the associate director of Global Communications at 350.org, declined to give further details.

The coalition had planned to roll out a global campaign last week against the lender’s coal activity, which it suspended after ICBC said it would halt engagement if it did so.

Over the past two decades, China Development Bank and the Export-Import Bank of China have funded more than $50 billion of coal projects across Asia, Europe, Africa and South America, according to research from Boston University’s Global Development Policy Center. A plan proposed last year would make it tougher for the so-called Belt and Road Initiative to finance environmentally damaging projects like coal power plants and metal smelters.

While President Xi Jinping in September put the country on a path to zero out carbon emissions by 2060, he plans to let coal consumption increase through 2026 and the fuel is expected to remain an important part of the country’s energy mix for a decade beyond that.

RioEnergy is seeking alternative financiers, a person with direct knowledge of the matter said, asking not to be identified because ICBC’s withdrawal hasn’t been formally announced. Simba Mhuriro, the general manager at RioEnergy, said he wasn’t privy to the matter and couldn’t comment. Wilson Gwatiringa, a spokesman for RioZim also declined to comment. Winston Chitando, Zimbabwe’s mines minister, said he wasn’t aware of ICBC’s decision.

Sengwa was initially owned by London-based miner Rio Tinto Group, the one-time parent of RioZim. It was set aside as Zimbabwe’s relations with the UK, its former colonial ruler, deteriorated. After the project was revived in 2016, General Electric Co. and a unit of Blackstone Group LP didn’t pursue initial inquiries.

The backing of ICBC was seen by RioEnergy as a fresh start in a plan to develop the plant and end recurrent power outages in Zimbabwe. Climate activists say the company will struggle to find another funder.

“Opportunities to fund coal power are rapidly diminishing, given the climate and other impacts of coal,” said Robyn Hugo, director of climate change engagement at Just Share, a Cape Town-based shareholder activist group. “There is simply no basis to consider new coal-fired projects and all plans to do so are likely to be strongly opposed.”

$3 Billion for Zimbabwe? do you want to lose $3 Billion?

Makes me think, if China gives up on Zimbabwe then it is in seriously trouble because China does not give up easily, it gets things well done and on time.