Buying out two rivals in a giant Colombian coal mine.
By Thomas Biesheuvel, Bloomberg 28 Jun 2021  10:44 Glencore Plc’s billionaire boss Ivan Glasenberg has made one final deal in his last week at the company, buying out two rivals in a giant Colombian coal mine.

Glencore has agreed to buy stakes owned by BHP Group and Anglo American Plc in the Cerrejon thermal coal mine, giving the world’s biggest shipper of the fuel complete control of the asset. At the same time, the deal helps Glencore’s rivals retreat from the most polluting fuel.

Glencore will pay about $588 million for the stakes, subject to purchase price adjustments, the company said in a statement on Monday. The cash generated before the deal closes mean it will pay an effective cash amount of around $230 million, Glencore said.

For Glasenberg, Glencore’s chief executive officer, the deal allows the company to gain more coal exposure just as prices trade at the highest level in years, buoyed by strong demand as the global economy rebounds.

The deal highlights the different approaches to coal taken by three of the world’s biggest miners. For Anglo, the sale will complete its exit from thermal coal, while BHP is on the same trajectory. Glencore however has committed to run its coal mines for another 30 years, potentially allowing it to profit as rivals retreat.

Glencore was always seen as the most likely buyer for the mine. The joint venture agreement contains multiple change of ownership caveats that made it difficult for new partners to buy in, while it also predominantly ships to Europe, where coal use is in decline.

Yet the deal risks irking some Glencore investors concerned by Glencore’s coal business. The company has already been forced to agree to cap its coal production at about 145 million tons a year and has also set out a pathway to stop producing the fuel by around 2050. The company says the deal still allows it to meet both those criteria.

The company also says it’s the best custodian to run a troubled mine that is only expected to last for another decade. Glencore also offered a concession to investors concerned about its climate polices, increasing its commitment to cut its emissions by 2035 by 50% from an earlier goal of 40%. It is currently the only major miner with a goal to be carbon neutral by 2050.

“We know the asset well and believe that we are the most responsible steward for Cerrejón at this stage of its lifecycle,” Glasenberg said in the statement. “Disposing of fossil fuel assets and making them someone else’s issue is not the solution and it won’t reduce absolute emissions.”

Glencore said when it agreed to cap coal that it didn’t include buying out existing joint ventures, and and even with an additional 16 million tons a year it will remain below its limit.

Under Glasenberg, a former coal trader, the company has been a staunch defender of the fuel, saying it’s essential to providing affordable and reliable power in developing countries. It also said it’s the best positioned to responsibly manage their decline. Glasenberg is set to be succeeded as CEO by Gary Nagle, who previously ran the company’s coal business, at the end of this month.

For Anglo, the deal marks its end as a thermal coal producer having spun off its South African assets earlier this month. Since creating Thungela Resources Ltd., the shares of the spinoff have rallied by two-thirds, amid strong coal prices. BHP is in the process of selling its last thermal coal mines in Australia.

Seems that Glencore is going against the flow.

Only two energy suppliers can beat coal and that is nuclear or gas.

But Coke Coal is needed to produce steel also and some plastics and chemicals.

I agree with Ivan, he is not a Billionaire for no reason.

Look how wrong the Boatman report was about Thungela (Coal)?
R37 a share now and listed at R25 two or three weeks ago.

Where are the Boatman people now? 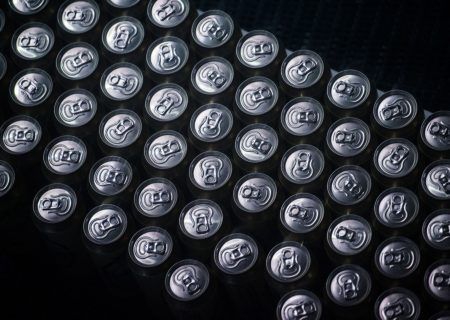