Another sign of the nation’s chronic reliance on raw-material imports.
By Bloomberg News 9 Dec 2021  11:28 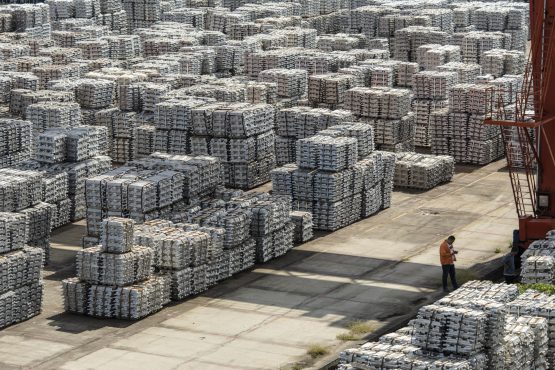 China’s aluminium industry, the world’s biggest, is becoming increasingly dependent on overseas supplies of the ore needed to make the metal, another sign of the nation’s chronic reliance on raw-material imports.

The aluminium used in everything from aircraft to drinks cans is made from alumina, an intermediate material produced from bauxite ore. Some 49% of China’s alumina capacity will be fed by overseas bauxite next year, up from 47% in 2021 and 30% in 2015, according to state-owned researcher Beijing Antaike Information Development Co. Bauxite imports may climb to 130 million tons in 2022 from around 110 million tons this year. Depletion of local resources, falling ore grades and tighter environmental regulations have constrained domestic mining, and led to a decline in local bauxite production since 2018. Chinese alumina makers are renovating production lines to take more foreign bauxite and investing in major mining economies like Guinea and Indonesia to secure supply.

Hangzhou Jinjiang Group is planning to boost imports of bauxite to 12 million tons next year from 8 to 9 million tons this year, said Guo Chunqiao, an analyst with the alumina producer. That should ensure the company will continue to operate near full capacity. The producer will source the material directly from miners in Guinea, Indonesia, Australia, Jamaica and Malaysia to reduce purchase costs, Guo added.

As dependence on overseas ore increases, the suppliers of bauxite aren’t diverse enough, and this poses risks for the future, said Yan Jin, an analyst with Beijing Antaike. Imports from Guinea, Australia and Indonesia represented 47%, 33% and 17% respectively of the country’s total inbound shipments in 2020. A coup in Guinea in September roiled the aluminum market and showed how rapidly concerns can erupt over raw material supplies.

Nickel fell after Tsingshan Holding Group Co. delivered on its pledge to begin producing nickel matte, an intermediate product that can be processed into battery-grade nickel chemicals.

The new supply could outpace battery-nickel demand, weighing on prices, said Shao Wanyi, an analyst with Guotai Junan Futures. The Chinese stainless steel giant said in March it would use its smelters in Indonesia to make the material. Prices fell 2% in London and 1.4% in Shanghai.