The nation’s railway has been plagued this year by a lack of capacity by state-owned Transnet, maintenance work and other problems.
By Felix Njini and Paul Burkhardt, Bloomberg 21 Oct 2021  14:32 Kumba’s struggle in getting supplies to ports is further highlighting the constraints South Africa faces in exporting key commodities including coal.

The continent’s top iron ore producer said its premium steelmaking material is being held up at mines in South Africa’s Northern Cape province because of rail bottlenecks, which may force it to slow output as stockpiles rise. The logistical issues are also affecting the movement of coal, which contributed to prices hitting a record high, major exporter Thungela Resources Ltd. has said.

The nation’s railway has been plagued this year by a lack of capacity by state-owned Transnet SOC Ltd., maintenance work and other problems. While iron ore prices have slid in recent months on Chinese curbs on steel output, coal rallied on strong demand for the fuel in the midst of a global energy crunch.

Thungela has lowered its coal export outlook because of the rail constraints and Sasol Ltd. on Thursday said “logistical challenges” are delaying deliveries.

“Although we have a comfortable level of stock at port, a significant portion of the stock is at the mines,” Kumba spokeswoman Sinah Phochana said by email. With annual rail maintenance and a further buildup in inventories, “it is expected that we will need to slow down production,” she said.

The rail challenges include equipment breakdowns, canceled trains and shipping delays, while bad weather at ports has also hampered loadings, Phochana said. The main route for coal runs from mines to the Richards Bay terminal, which is essential to South Africa’s coal industry supply-chain. The iron ore line runs to the west coast port of Saldanha Bay.

Chinese demand for high-grade iron ore has made Kumba one of Anglo American Plc’s most profitable units. Still, operations are being threatened by train cancellations, delayed shipments and weather forcing it to forecast output and sales at the lower end of guidance.

South Africa brought in  a total of R217 billion from exports of coal and iron ore in 2020, according to data from Minerals Council South Africa.

Now our prized resources companies cannot take advantage of the resources price bonanza due to railway lines and ports being in shambles?

Not too long ago Transnet looked like well run govt. entity.

So you can have a sought after commodity, but you cannot deliver?

That is the same as closing down a company, why pay workers if you cannot sell the product?

There is nothing wrong with our rail. This is white propaganda

Can we please have an article on what SOE still functions in SA.

All we can do is have a good laugh, yet try hard and hope for the best.

You know those western movies where you hear the wind and see the dust?

That is when you know the movie is over … 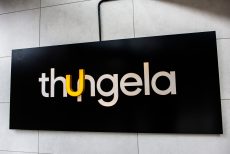