Signaling growing confidence in a rebound for the struggling industry.
By Thomas Biesheuvel, Bloomberg 19 Dec 2020  00:38 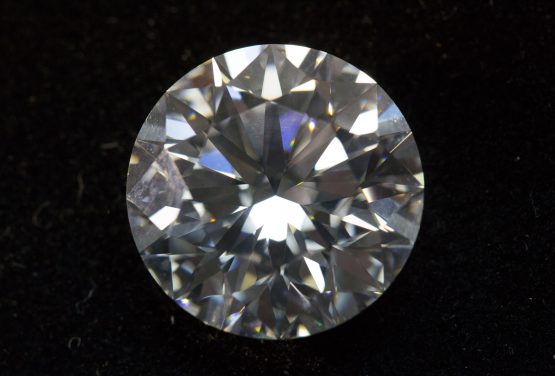 De Beers raised diamond prices for the first time since the outbreak of global pandemic, signalling growing confidence in a rebound for the struggling industry.

Prices increased by about 2% to 3% at the diamond giant’s final sale of the year last week, according to people familiar with the situation who asked not to be identified as the information is private. That’s the first time De Beers has been able to start reversing steep cuts made earlier this year.

The diamond industry is showing signs of recovery after coming to a standstill in the first half as the coronavirus destroyed demand. Last week’s auction by De Beers is likely to be its third consecutive sale to exceed $400 million, the people said. By comparison, the one-time monopoly sold just $50 million during the whole of the second quarter.

Rough-diamond buyers have been replenishing stocks ahead of the industry’s most important selling period that stretches from Thanksgiving to the Chinese New Year. Still, after purchasing almost nothing in the first half of the year, it’s not clear how much of that is being fuelled by end-consumer demand.

“Diamond stocks are incredibly low,” said Anish Aggarwal, a partner at specialist advisory firm Gemdax. “Less rough than demanded was sold by the miners, and more polished than expected was sold to retailers. Consumer appetite for jewelry’s been good, especially as they couldn’t spend on experiential items, like travel.”

The diamond industry’s engine room is dominated by small family-run businesses that cut, polish and trade the stones. They form the invisible link between African mines and jewelry stores in New York, London and Hong Kong. They buy diamonds 10 times a year from De Beers at prices the company sets.

After holding out for much of the year, De Beers and Russian rival Alrosa PJSC cut prices in August, firing life back into the industry. De Beers will hope strong holiday sales allow it to continue unwinding its almost 10% price reduction early next year.

“We’ve seen destocking in both the midstream and the downstream. More so than any time I’m aware of and certainly the most since 2008,” Mark Cutifani, chief executive officer of De Beers parent Anglo American, said Friday. “I’m expecting prices to improve. I’m hoping we do a lot better.”

For the industry to sustain a recovery, market participants say the biggest miners must remain disciplined on how much they produce and sell after building up billions of dollars in stocks this year.

Last week, Anglo lowered its production forecasts for the next two years, signalling its intention to keep supply tight.

“We certainly are not going to be a contributor to oversupply,” Cutifani said. “We won’t push more production out there unless we’re comfortable prices are going to increase.”