The Nord Stream pipeline, the biggest link to the European Union, is due to shut on Monday for about 10 days of seasonal maintenance, and there’s growing fear that full flows won’t resume after the work is completed.
By Elena Mazneva, Bloomberg 8 Jul 2022  10:18 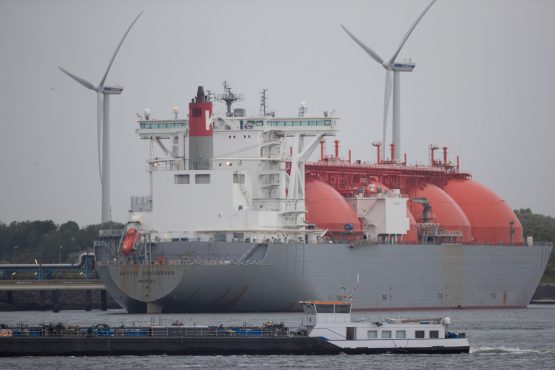 European natural gas prices headed for the longest stretch of weekly gains this year as worries mount about dwindling supplies from Russia.

The Nord Stream pipeline, the biggest link to the European Union, is due to shut on Monday for about 10 days of seasonal maintenance, and there’s growing fear that full flows won’t resume after the work is completed. Germany has urged Canada to return a Nord Stream turbine that’s been stuck there because of sanctions on Russia, helping gas prices lower on Friday after seven straight days of gains.

The supply squeeze is fueling Europe’s worst energy crunch in decades, as bills have ballooned while once rock-solid utilities are struggling to stay afloat. A prolonged cut in flows from Russia — historically the continent’s biggest supplier — would jeopardize plans to have storage sites sufficiently filled in time for winter, when demand typically peaks.

Russia is triggering the “next escalation level in European energy crisis,” Andy Sommer, head of fundamental analysis and modeling at trader Axpo Solutions AG, said in a note. “Best keep your seatbelts fastened for the summer.”

Traders and European policy makers will be keenly watching Russian President Vladimir Putin’s scheduled discussions on energy issues with government officials on Friday. The head of state-run exporter Gazprom PJSC will be among the speakers, according to the Kremlin press service, which didn’t elaborate further on the agenda. Dutch front-month gas, the European benchmark, fell as much as 10%, and was 6.4% lower at 171.49 euros per megawatt-hour at 9:49 a.m. in Amsterdam. The contract has doubled over the past month. The UK equivalent declined 6.2%, but was also heading for a weekly gain.

The Nord Stream pipeline has been working at just 40% of its capacity after Russia slashed shipments last month, citing technical issues with turbines that need to be serviced in Canada — with one of them stuck there following Ottawa’s sanctions against Moscow over its invasion of Ukraine.

Germany, which has accused Putin of using energy exports as a weapon, has asked Canada to release the turbine and remove an excuse for Moscow to continue capping supplies. Canada’s plans are yet unclear, but Kyiv has called for Ottawa to keep it, saying Russia could boost shipments via Ukraine, but has been rejecting that option.

There’s no clarity on whether Russian supply will increase again if the equipment is returned, according to Axpo’s Sommer. The Kremlin has denied the Nord Stream cuts are politically motivated, saying the pipeline just needs its components back.

Nord Stream needs six major turbines to pump gas across the Baltic Sea at full capacity. While one is stuck in Montreal, not all of the others that are still in Russia are working because they need maintenance, according to Gazprom.

Constrained LNG supply due to a prolonged outage at a major export facility in the US, hot and dry weather in Europe along with low French nuclear power generation — which is keeping gas demand in the power sector relatively high — are further exacerbating the situation, Sommer said.