The country normally imports more than half of its power from neighbouring countries.
By Wendell Roelf (Reuters) 2 Dec 2014  02:36

Namibia faces electricity shortages over the next four years due to delays in a major gas-to-power project and will have to rely on smaller solar and wind projects to help plug a 400 megawatt deficit by 2018, the chief executive of utility Nampower said.

The southern African country, which has ambitions to become the world’s second largest uranium producer, normally imports more than half of its power from neighbouring countries, who themselves are battling to keep the lights on.

“The power supply situation in the region has been critical and it will remain so, specifically in the case of Namibia until we’ve got the base-load power station which is Kudu,” Paulinus Shilamba told Reuters in an interview in the capital, Windhoek.

The Kudu gas field was discovered more than three decades ago by Chevron, but London-listed Tullow Oil recently withdrew from an agreement signed in 2004 to help pipe the gas 170 km (100 miles) onshore to fuel an 800 MW power station.

The Ministry of Mines and Energy said last week Tullow’s departure would not jeopardize the $3 billion project nor would it impact the date at which it starts producing energy for Namibia’s grid, whose capacity now is just 500 MW.

The preferred bidder for the engineering and building of the plant was Shanghai Electric Company, with Germany’s Siemens as the original equipment manufacturer, it said.

In a bid to overcome the envisaged energy crunch, Shilamba said the government expected to give the final go-ahead in February to a 250 MW gas-to-power plant at Erongo on the Atlantic coast.

Erongo is likely to cost nearly $300 million and be operational in mid-2016, but will not cover a cumulative energy shortfall of 400 MW forecast between now and 2018.

“The balance will be a combination of imports and small Independent Power Producer projects like solar plants, wind plants and so forth,” Shilamba said. (Reporting by Wendell Roelf; Editing by Ed Cropley) 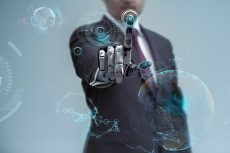 How tech is reshaping the public sector