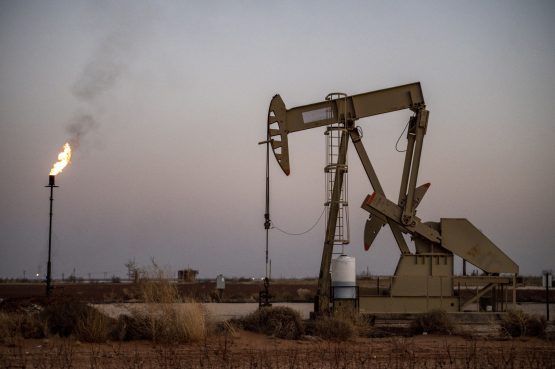 West Texas Intermediate rose 1% to trade above $95 a barrel, swinging to a gain as the dollar fell. A weaker greenback makes commodities priced in the currency more attractive to investors. Crude markets are also pricing in remarkable strength for physical barrels with some buyers in Asia paying premiums of more than $20 a barrel to secure certain crude grades. Nearby Brent futures are trading about $5 over the next month’s contract, indicating refiners are willing to pay up to secure supplies.

Yet bearish economic and policy signals continue to loom, which would pile pressure on demand. This week, the Federal Reserve is expected to approve another big interest-rate hike to combat surging inflation.

“The key macro variable to watch for clues of future commodity price direction is core US inflation,” said Francisco Blanch, head of global commodities and derivatives research at Bank of America Corp. in a note to clients. “Should core surprise to the downside, a less aggressive tightening path could fuel a second round of commodity price inflation in 2023, although admittedly the reverse would also be true.” Crude is still up around 25% for the year, although futures have given up most of the gains seen after Russia’s invasion of Ukraine in late February. The oil market experienced bouts of volatility, characterised by sharp swings and low liquidity, as investors juggle competing supply and demand outlooks.

The war has prompted many consumers to pivot away from Moscow, with Saudi Arabia and Iraq filling a large part of the gap in Europe. The US is championing a price cap on Russian crude to limit revenues flowing to the Kremlin to fund its invasion, and the Treasury Department’s No. 2 official will be in Europe this week to rally support for the measure.

A segment of the massive Keystone pipeline that delivers Canadian crude to the key US storage hub at Cushing restored normal operations late Friday following a power disruption. Service was still subject to mid-month capacity reductions, according to a bulletin obtained by Bloomberg.