Oil heads for longest run of monthly gains since early 2018 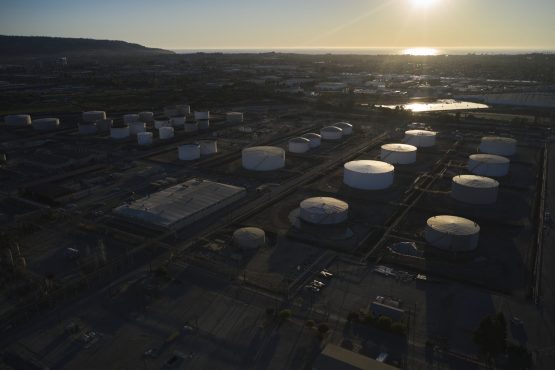 Oil is poised for a fifth monthly gain after another tumultuous period of trading that saw prices whipsawed by the fallout from Russia’s war in Ukraine and the resurgence of Covid-19 in China.

West Texas Intermediate futures climbed to trade near $106 a barrel on Friday and are almost 6% higher in April. The war has entered its third month despite diplomatic efforts for a cease-fire, and the European Union appears to be making gradual progress toward a ban on Russia crude imports.

China’s outbreak has added another source of volatility. The nation’s leaders pledged to boost economic stimulus to spur growth, but virus lockdowns have swelled oil stockpiles and put the world’s top crude importer on track for the biggest hit to demand since the early days of the pandemic. “The disruption to Russian oil supply has been limited so far, but the pressure will keep rising,” said Victor Shum, Singapore-based vice president of the Oil, Midstream and Downstream Advisory for S&P Global Commodity Insights. “The worst domestic outbreak in mainland China since early 2020 continues to grow. Covid-19 is not done with the oil market.”

Oil has fluctuated around $100 a barrel throughout April and its fifth monthly gain will be the longest winning streak since January 2018. The war has fanned inflation and led to the US and its allies this month agreeing to a co-ordinated release of strategic crude reserves to try and tame rising energy prices. The invasion has also significantly tightened the diesel market.

Diesel futures in New York jumped as much as 2.1% on Thursday to the highest level in data going back to 1986 ahead of the contract expiration on Friday. It’s become the world’s most in-demand fuel as buyers compete for supplies from US Gulf Coast refiners, which have stepped up to plug the gap left by Russia.

Brent remains narrowly backwardated after nearing a bearish contango structure on Tuesday. The global benchmark’s prompt timespread was 21 cents a barrel in backwardation — a bullish pattern — compared with as high as $5.88 in early March, just after the Russian invasion of Ukraine.