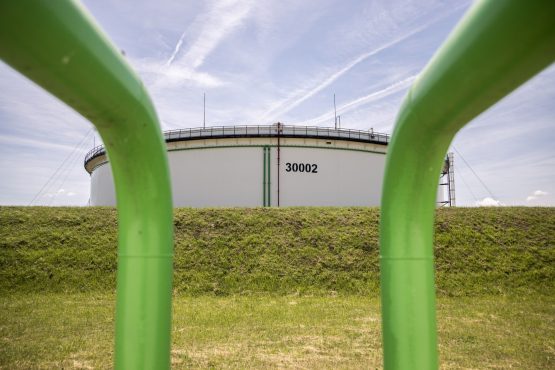 Oil rose after a two-day decline as signs of tight physical markets outweighed signs of a potential global slowdown.

West Texas Intermediate crude futures rallied as much as 5% to trade near $103 a barrel on Thursday. Oil traders in Europe are concerned about supplies after Russia ordered a halt to a key Kazakh export terminal that had been expected to load 1.24 million barrels a day in July, according to a plan seen by Bloomberg. Separately, China is considering a $220 billion stimulus that could potentially bolster demand in the world’s biggest oil importer.

The industry-funded American Petroleum Institute reported that US crude stockpiles rose 3.8 million barrels last week, including a gain at the key storage hub at Cushing, Oklahoma, according to people familiar with the widely-watched figures. Official data on holdings will follow later on Thursday.

Still, oil has given up the bulk of the gains seen in the wake of Russia’s invasion of Ukraine, which lifted the US benchmark above $130 a barrel in March. Surging inflationary pressures have prompted the Federal Reserve to tighten policy aggressively, which in turn spurred expectations that a demand-sapping recession may lie ahead. That has weighed on headline prices, but supply tightness lingers.

“While supply is constrained by structural underinvestment, demand remains resilient in the face of recessionary concerns,” JPMorgan Chase & Co. analysts including Christyan Malek said in a note to clients.

Until recently, surging refined fuels prices had helped keep the market strong, boosting the incentive for refiners to process more crude. Shell Plc said strong margins from fuel production have added more than $1 billion to earnings in the last quarter. In recent days, however, some of the firmness in fuel markets has dissipated.