Among the emerging economies bearing the brunt of higher prices are Sri Lanka and Pakistan.
By Elizabeth Low, Bloomberg 7 Jun 2022  07:26 Developing nations are suffering the biggest hit from this year’s oil shock. Many are dependent on imported fuel and are being crushed by a combination of high international prices, weak currencies and competition from rich nations whose economies are rebounding from the pandemic.

Higher fuel bills are exacerbating inflation in countries that are already struggling with soaring food prices. The combination is leading to unrest and protests from citizens, which democratic governments know from experience is one of the surest ways to lose popularity and power.

Sri Lanka, Laos, Nigeria and Argentina are among emerging economies in Asia, Africa and Latin America that have seen long queues at some filling stations in the past weeks because of fuel shortages.

Many governments are faced with the dilemma of either cushioning the blow of higher prices by increasing subsidies or lowering taxes – both of which hurt state finances – or allowing fuel prices to increase and risking the anger of consumers and businesses that can’t afford the extra cost.

“We could see a lot of unrest as emerging economies are more sensitive to fuel prices,” said Virendra Chauhan, Singapore-based head of Asia Pacific for consultancy Energy Aspects. “While historically most of these have relied on fuel subsidies to appease the populace, because of a large and burgeoning import burden, it may be difficult to maintain these subsidies.”

The crisis is mainly the result of the twin forces of recovering demand after the pandemic and sanctions on Russia over its invasion of Ukraine, which disrupted global flows of energy, especially to Europe. Global benchmark Brent crude traded near $120 a barrel on Monday — some 70% higher than its average price in 2021 — after Saudi Arabia signaled confidence in demand and Goldman Sachs Group Inc. predicted tighter markets as China emerges from lockdowns.

Among the emerging economies bearing the brunt of higher prices are Sri Lanka and Pakistan.

Mired in its biggest economic crisis, Sri Lanka is seeking help from the International Monetary Fund, China, Japan and India to pay for its fuel imports as domestic supplies run low. Airlines flying to the country have been told to carry enough jet fuel for the return trip or fill up elsewhere.

Surging inflation and fuel prices have edged Pakistan into a similar economic crisis, seeking a bailout from the IMF. But the fund insisted that the government in Islamabad raise fuel prices to secure an agreement. Meanwhile, foreign banks have stopped offering trade credit for oil imports.

In Southeast Asia, Myanmar and Laos also face shortages of gasoline and diesel, according to local media reports. In Myanmar, restricted access to dollars has left buyers unable to pay for imports. In Laos, long queues formed at petrol stations last month as the country struggled to secure sufficient fuel from its existing suppliers in Thailand and Vietnam, forcing the government to institute rationing.

Africa has been especially hard hit, with Kenya, Senegal, South Africa and even oil-producing Nigeria all reporting fuel shortages. Airlines operating in some parts of the continent have had to either cancel flights or fill up with jet fuel elsewhere.

Part of the problem is that demand is rebounding from the pandemic in developed nations, especially with the start of the northern hemisphere’s summer driving season. New York-area gasoline inventories dropped to the lowest since 2017 last month, according to the Energy Information Administration.

Meanwhile, Europe has been buying huge stocks of jet fuel in expectation of a pent-up travel boom this summer, and diesel to replace Russian supplies.

“Europe is a large demand sink, and it’s not going to be easy to replace,” said Chauhan. “Emerging markets are going find it difficult to compete.”

The jump in demand hasn’t been matched by a ramp-up in refining capacity. During the pandemic, when demand slumped, operations at refineries in countries such as the Philippines, Australia, New Zealand and Singapore were reduced and inventories run down. Now, refiners are racing to rebuild inventories.

The problem for many is where to find the crude oil. With rich nations buying up supplies from traditional sources such as the Middle East, some developing nations are being tempted to go for discounted Russian oil, despite the concern about angering the US and Europe, which are trying to pressure Russia with sanctions.

Sri Lanka is trying to restart its only refinery with Russian oil, as the government tries to crack down on a growing black market for fuel. Laos industry and commerce minister Khampheng Saysompheng also said purchasing cheap Russian oil could be an option, according to local news.

“Heavy discounts for Russian barrels, purely from a price standpoint, are attractive to some of these markets,” said Peter Lee, senior oil and gas analyst for Fitch Solutions.

Last month, a record volume of Russian oil headed to India and China.

For some poorer nations, the effects of higher oil prices feeds into a downward spiral, where fuel import bills hurt the economy and weaken the currency, making oil imports even more expensive.

Sri Lanka’s rupee has dropped nearly 44% this year against the US dollar, while Pakistan’s rupee is down more than 11%.

The result is an increasingly frustrated electorate that tends to blame the government when prices of food and fuel soar. To cushion the blow, some governments are increasing subsidies or cutting fuel taxes, often at the expense of state finances.

Mexico’s gasoline and diesel subsidies are costing the government more than double the extra profit the oil producer gets from higher crude prices, according to estimates by Bloomberg Economics. 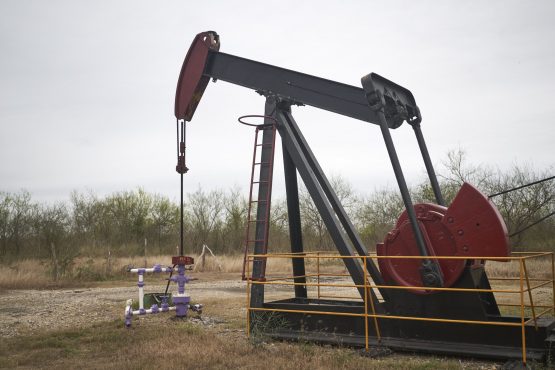 A pumpjack in the town of Ebano, San Luis Potosi state, Mexico, on Tuesday, March 8.

South Africa is among those that temporarily reduced fuel taxes. Even so, motorists in the country are contending with an almost 80% increase in fuel prices since 2020’s pandemic-induced low.

Indonesia, which saw President Suharto resign in 1998 after bloody protests over fuel prices and inflation, announced last month it would increase state spending by around $27 billion this year, partly to pay for a 56% jump in fuel subsidies.

Former Pakistan Prime Minister Imran Khan was ousted in April after reducing fuel prices and then freezing them for four months, costing the government $600 million a month in subsidies and jeopardizing an IMF bailout.

High prices and shortages of fuel not only anger voters, they feed into wider economic problems. Farmers that can’t secure or afford enough diesel can’t plant as many crops, further boosting food shortages and inflation. Higher ship-fuel prices raise logistics costs. And governments that sacrifice income to keep fuel taxes low have less to spend on other areas of the economy or have to increase borrowing just as interest rates are rising.

“What the world is realizing post-pandemic is there is a need to secure your own energy supplies,” said Chauhan at Energy Aspects. “It’s amplified the impact on a transition from an internationally traded fossil-fuel biased supply chain to a domestic green energy transition.”