Oil slumps back toward $100 in listless summer trading 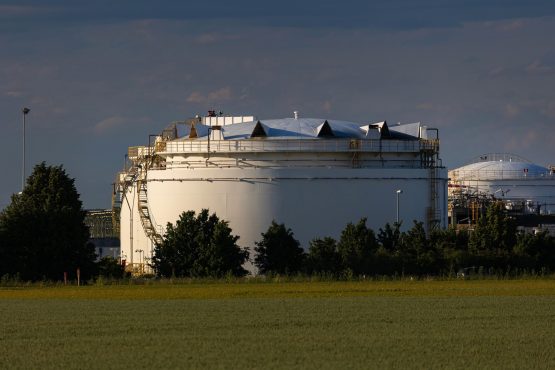 Oil slipped back toward $100 a barrel after posting the biggest one-day advance since May as a volatile run in prices persisted, exacerbated by reduced trading.

West Texas Intermediate dipped about 1% after jumping more than 5% on Monday. Futures continue to swing in largely technical trading, while liquidity across the market has been limited since prices spiked following Russia’s invasion of Ukraine. That’s despite nearby crude barrels fetching huge premiums, suggesting tight supply. A disruption along the Keystone pipeline cut shipments of some Canadian oil to US refiners.

“Right now liquidity is thin, people are away on holiday, there’s more machines than humans,” Amrita Sen, co-founder of consultant Energy Aspects Ltd., said in a Bloomberg Television interview. “We can continue to trade in this very technical band. But structurally this is a market defined by underinvestment.” Oil markets have been volatile in recent weeks as traders navigated concerns that a looming recession would hurt demand and the fallout from a stronger dollar against the signs of tight physical supplies. Nearby Brent futures are trading in excess of $4 higher than the second month, a huge premium indicating that refiners are willing to pay up for barrels.

Despite the strength in crude, refined products prices are starting to ease. US nationwide gasoline prices fell to a two-month low, according to AAA data published Tuesday. In recent days, traders have been grappling with President Joe Biden’s efforts to get Saudi Arabia to lift its oil production.

On his visit to Saudi Arabia, Biden urged producers from the region to boost supplies. In response, Saudi ministers insisted policy decisions would be taken according to market logic and within the OPEC+ coalition, referring to the Organization of Petroleum Exporting Countries and allies including Russia.

The kingdom’s foreign minister said there is no lack of oil on the market, but a lack of oil refining capacity to turn it into fuels.

“The whole concept of going to Saudi Arabia to ask for extra production is sort of impractical,” Fereidun Fesharaki, chairman of industry consultant FGE, told Bloomberg TV, noting that the kingdom has already been pumping crude at close to its historical peak, with relatively little spare capacity likely left to tap. “If there’s no buffer in the market, the prices will go haywire.”