Oil swings as US dollar strength adds to headwinds 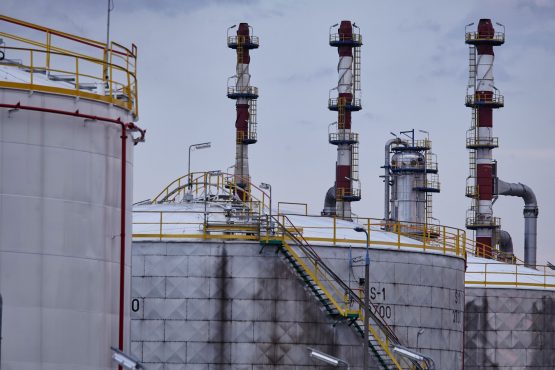 Oil swung between gains and losses as strength in the US dollar weighed on futures, with traders assessing the prospect of lower supply from Russia and curbed consumption in China.

West Texas Intermediate has struggled for direction this week, and continued its volatile trading on Thursday. The Bloomberg Dollar Spot index gained 0.8% to reach its highest level since May 2020, making commodities priced in the currency less attractive. It pared some gains after the US economy unexpectedly shrank in the first quarter.

Hangzhou is the latest Chinese city to start mass virus testing, while the nation’s top state-run oil processor said during an earnings call that the resurgence was slowing fuel demand. Traders are also grappling with just how big the hit to Russian production will be as the country’s invasion of Ukraine continues. “It is remarkable how we end up with this sideways trading,” said Hans van Cleef, senior energy economist at ABN Amro. “The lower demand due to the Chinese lockdowns is fully balancing out the supply fears of lower exports from Russia.”

While demand in China is weaker, prices for refined products are surging. US diesel futures are at a record, pointing to a tight underlying market for petroleum products, while the middle distillate product’s fundamentals in Europe remain robust.

It’s not just diesel markets that have been strong recently. On Wednesday, profits for turning crude into gasoline in the US were at the highest since 2013. That followed data signaling that inventories of the fuel had fallen for a fourth week.

While crude supply is keenly focused on Russian flows, replacement barrels from the North Sea are set to dwindle in the coming months. Loadings of the grades that make up the Dated Brent benchmark will fall to the lowest level since at least 2007 in June, while shipments from the Johan Sverdrup will hit a 21-month low amid a raft of planned maintenance.