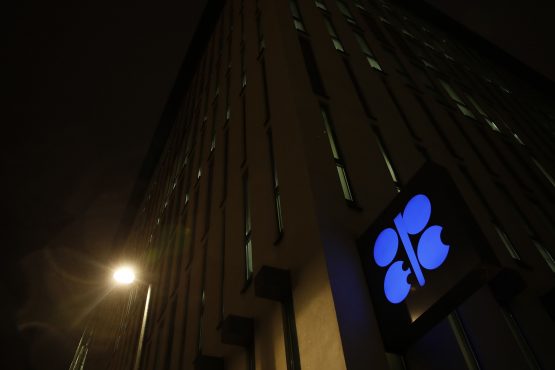 OPEC producers will need to pump crude at the fastest pace in five years in 2023 if they are to balance oil supply and demand. Capacity constraints suggest they may struggle.

The latest forecasts from the International Energy Agency, the US Energy Information Administration and the Organisation of Petroleum Exporting Countries all show global oil demand rising strongly again in 2023, despite growing fears over mounting inflation and weakening economic growth. A lack of investment in new crude production capacity means that the OPEC group of producers will need to pump more to meet that demand. All three forecasters see global oil demand increasing by at least 2 million barrels a day next year, taking it back above the 2019 level for the first time since the Covid-19 pandemic struck in early 2020.

The latest report from OPEC assumes that neither the Covid pandemic, the Russian invasion of Ukraine, nor global financial tightening amid soaring inflation undermines economic growth to a significant degree and that major economies “revert back towards their growth potentials.” It does note, though, that the uncertainties around its forecast “remain to the downside.”

Those demand numbers put growing pressure on the OPEC countries to pump more, even as most of them are already producing as much as they can.

That’s not a record production level for the group, but it would be the highest since 2018, according to OPEC’s own figures. More importantly, it would push the group’s spare capacity to a multi-year low of about 2 million barrels a day, based on Bloomberg’s assessment of sustainable production capacities in OPEC countries. The last time the current members of OPEC collectively pumped more than 30 million barrels a day, the combined output of five of them — Algeria, Iran, Libya, Nigeria and Venezuela — was almost 2.75 million barrels a day higher than it was in June. Just three members — Iraq, Saudi Arabia and the United Arab Emirates — pumped more last month than they did on average in 2018.

That’s not a result of voluntary restraint. The 10 members of OPEC bound by the terms of the production accord they struck in 2020 with a group of non-OPEC allies pumped over 1 million barrels a day less than their targets allowed last month. OPEC members haven’t pumped as much as they were permitted since July 2020. Initially, that helped balance over-production by its allies. More recently, it has reflected an inability to boost output in line with rising targets. Most of them are already pumping as much as they can.

OPEC producers’ inability to raise production rates with oil prices above $100 a barrel and soaring demand for their crude doesn’t bode well for the future. The group will need to pump about 1.36 million barrels a day more on average next year then it did last month.

That’s going to put pressure on the production capacities of almost all of them. Unless, of course, demand growth doesn’t turn out to be anywhere near as strong as the forecasters are suggesting.