Oil tumbled below $113 a barrel following a report that Saudi Arabia is ready to pump more should Russian output decline substantially due to increasing sanctions.
By Bloomberg News 2 Jun 2022  09:27 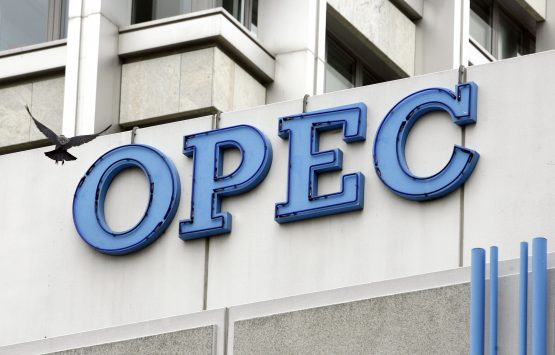 OPEC+ is expected to approve a modest increase in oil production at its monthly meeting Thursday, as the Financial Times reported that Saudi Arabia is prepared to increase supplies if Russian output declines.

Russia was judged to have breached the terms on a bond after missing a $1.9 million interest payment, triggering an insurance payout potentially worth billions of dollars.

The Pentagon said new longer-range rockets the US is providing to Ukraine will require three weeks of training to operate, as Moscow warned the weapons could be used for attacks inside Russian territory.

Poland will focus on rebuilding Ukraine’s Kharkiv region as different countries commit to selected areas to help during reconstruction, Michal Dworczyk, the Prime Minister’s chief aide, said in an interview with Polsat News.

Oil tumbled below $113 a barrel following a report that Saudi Arabia is ready to pump more should Russian output decline substantially due to increasing sanctions.

West Texas Intermediate futures slumped as much as 3% in Asian trading after closing higher on Wednesday. The Financial Times reported that Saudi Arabia had indicated to Western allies that it is prepared to increase oil supply, citing unidentified people familiar with the discussions.

The Credit Derivatives Determinations Committee said a “failure-to-pay” event occurred on credit-default swaps because Russia didn’t include the additional interest in a late bond payment made at the start of last month.

While a comparatively small amount, the missed interest will trigger all of Russia’s outstanding credit default swaps, with the final sum likely to be set at auction. Credit-default swaps covered a net $1.5 billion of Russian debt in total as of the end of last month, according to the Depository Trust & Clearing Corp. That compares with $3.2 billion at the end of April.