Prepare for bull market to shock even most ardent goldbugs – Taylor

The big, bull-market picture. Gold juniors with cash and good projects are trading at tiny fractions of their worth. But not for long. Interview with The Gold Report
By Kevin Michael Grace 10 Apr 2014  09:17 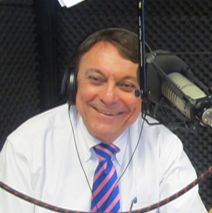 The Gold Report: Janet Yellen’s about-face on quantitative easing (QE) makes two panicked pullbacks so far by the Federal Reserve from the end of QE. Is it fair to say we now have QE forever?

Jay Taylor: I don’t know about forever because nothing lasts forever. Your premise is largely correct, however, because the discontinuation of quantitative easing would be so painful it’s a pretty good assumption that it will continue for a long time to come.

It will probably end only when the system breaks down, which is inevitable because it is becoming increasingly insolvent.

TGR: We’ve been hearing for three years about the end of QE and the zero interest-rate policy (ZIRP). It has been argued that this is unlikely for several reasons. QE is the only thing responsible for whatever recovery we’ve had since 2008, and if ZIRP ended, the U.S. government couldn’t pay the interest on its debt, and trillions of dollars in derivatives would go south

JT: That’s exactly right. Not to mention that the private sector too is dependent on the narcotic of easy money. As I say, QE and ZIRP won’t end until the system breaks down and forces the creation of a different monetary regime.

What we call “the economy” is really more of a casino. The money that is created isn’t getting into the real economy. The Wall Street guys with the Ph.Ds in mathematics have built pick-pocketing machines that misallocate capital into their wallets, into endlessly bigger government and further military action on the part of the United States. It’s going to end very badly. All we can do is try to prepare as best we can to protect ourselves and our families.

TGR: How does the system break down?

JT: We saw the first hint of that with the Lehman Brothers bankruptcy in 2008. Generally, the banking system goes first. They can pretend that they’ve fixed it, but I see that Citicorp just failed its stress test. After the banking system fails, the commercial system fails because you can’t stock the shelves in stores. Then you can’t pay the fire and police departments. Then you have chaos.

TGR: You’ve agreed with Jim Rickards that attempts by the U.S. to “get tough” with Russia will fail. Can you explain why?

JT: Russia has its own interests to protect, but so does Europe. I’m not so sure that the Europeans will necessarily side with the United States. There could be a real crack in the NATO alliance. The Germans need natural gas, and the Russians have it. I see that the French helping Russia increase its gas and oil production through fracking. Many German companies are very much involved in Russia, as well.

TGR: You’ve talked about the petrodollar being replaced by “petrogold.”

JT: An enormous amount of gold is flowing into China. And China has established a second gold exchange that will allow non-Chinese to buy and sell it. Not paper gold, which is fantasy gold, but real, physical gold. The gold price is being manipulated by the futures markets, by the very people we were just talking about, the bankers, the bullion guys, the people that really can’t afford to lose the dollar confidence game.

The Chinese want no part of this. They have enough dollars and don’t want more. Moreover, they don’t want to finance America’s military-industrial offensive, which is paid for by dollar manipulation.

TGR: How would petrogold work in practice?

JT: Russia would provide China with much of its energy needs and would be paid in renminbi. The Russians would then take their renminbi to the Chinese exchange and get gold for it, if they so desire. I think the infrastructure is being set up, both with petroleum exchanges and gold exchanges, in Russia and China and other countries in Asia.

We would have a much more balanced world right now if Nixon hadn’t taken us off the gold standard. That allowed the elite and the military-industrial complex to pull the whole of the world into the American orbit and saddle them with American debt and American power.

Now there’s blowback against American power, the currency wars and the U.S. dollar as reserve currency. Russia and China and other countries are saying, “enough already.

TGR: Gold and gold equities had an excellent winter, but spring has not at all been kind to them. Why?

JT: I think what we’ve seen recently is just part of the natural ebb and flow. This is probably the last good buying opportunity for many junior mining stocks. I am more excited now than I have been at any time since 1981 when I first started writing my newsletter. I think we’re going to see a bull market that’s going to shock even the most ardent goldbugs.

JT: Investors are still shell-shocked. And the mainstream is convinced that gold isn’t going anywhere because they’ve been sold on the idea that the Ph.D. standard is much better than the gold standard. And if you believe that, why would you buy gold stocks? I’d say that 99% of American investors aren’t in the least bit interested. Canadians are a little different because mining is a big Canadian industry

But I think we’re on the verge of a secular bull market for the ages, something greater than I’ve seen in my lifetime.

TGR: Jay, thank you for your time and your insights.

As he followed the demolition of the U.S. gold standard and the rapid rise in the national debt, Jay Taylor’s interest in U.S. monetary and fiscal policy grew, particularly as it related to gold. He began publishing North American Gold Mining Stocks in 1981. In 1997, he decided to pursue his avocation as a new full-time career—including publication of his weekly J. Taylor’s Gold, Energy & Tech Stocksnewsletter. He also has a radio program, “Turning Hard Times into Good Times.”


2) Streetwise Reports does not accept stock in exchange for its services.
3) Jay Taylor: I own, or my family owns, shares of the following companies mentioned in this interview: Brazil Resources Inc., Canamex Resources Corp., Cayden Resources Inc., Columbus Gold Corp., Novo Resources Corp. and Paramount Gold and Silver Corp. Research carried out and recommendations made in J Taylor’s Gold, Energy & Tech Stocks are intended solely for the paid subscribers of that newsletter and fees are never paid in exchange for recommendations. However, Taylor Hard Money Advisors, Inc., the publisher of J Taylor’s Gold, Energy & Tech Stocks, has received reprint fees and radio sponsorship fees from all of the family-owned companies except Novo Resources Corp. I was not paid by Streetwise Reports for participating in this interview. Comments and opinions expressed are my own comments and opinions. I had the opportunity to review the interview for accuracy as of the date of the interview and am responsible for the content of the interview.
4) Interviews are edited for clarity. Streetwise Reports does not make editorial comments or change experts’ statements without their consent.
5) The interview does not constitute investment advice. Each reader is encouraged to consult with his or her individual financial professional and any action a reader takes as a result of information presented here is his or her own responsibility. By opening this page, each reader accepts and agrees to Streetwise Reports’ terms of use and full legal disclaimer.
6) From time to time, Streetwise Reports LLC and its directors, officers, employees or members of their families, as well as persons interviewed for articles and interviews on the site, may have a long or short position in securities mentioned. Directors, officers, employees or members of their families are prohibited from making purchases and/or sales of those securities in the open market or otherwise during the up-to-four-week interval from the time of the interview until after it publishes.

‘I think the balance sheet looks in pretty good shape considering what we’ve been through in the last six months. So we are cautiously optimistic’: CEO Darren Hele. 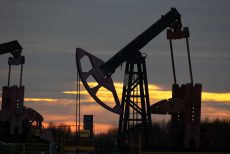