Who is buying Russian crude oil and who has stopped

Below are current and former buyers of Russian crude (in alphabetical order):
By Reuters 1 Jun 2022  11:05 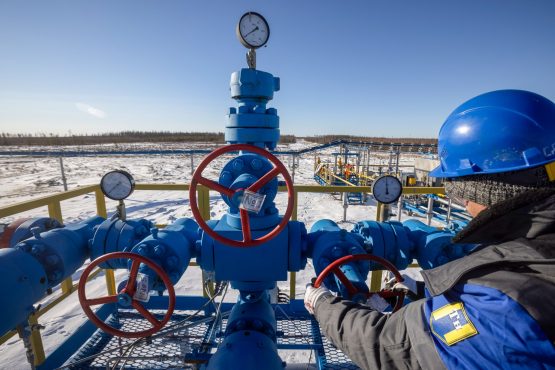 Here is the response by countries and companies regarding purchases of Russian oil since the war in Ukraine started on February 24.

Australia, Britain, Canada and the United States have imposed outright bans on Russian oil purchases, while Group of Seven (G7) nations, including Japan, committed to ban or phase out imports of Russian oil on May 8.

The European Union agreed on May 30 to ban seaborne imports of Russian oil with a phase-in period of six months for crude oil and eight months for refined products.

The ban excludes oil supplied via the Druzhba pipeline thus allowing refineries in Eastern Europe and Germany to continue imports. Poland and Germany, however, said they would phase out all purchases via the pipeline by the end of 2022.

That would in total cover about 90% of Russian oil imports to the EU.

Even before the adoption of the ban, at least 26 major European refiners and trading companies have voluntarily suspended spot purchases or announced plans to phase out a combined 2.1 million barrels per day (bpd) of Russian imports, according to JP Morgan.

Meanwhile, China and India, which have refused to condemn Russia’s actions, are benefiting from discounts on Russian crude.

Below are current and former buyers of Russian crude (in alphabetical order):

India’s state refiner bought 2 million barrels of Russian Urals for May loading, according to trading sources.

Italy’s largest refinery, owned by Lukoil-controlled LKOH.MM Swiss-based Litasco SA, continues to buy Russian crude, while the Italian government has been looking into the possibility of temporarily nationalising ISAB.

The state-run Indian refiner has bought 1 million barrels of Russian Urals crude for May loading via a tender from a European trader, a rare purchase driven by the discount offered.

Germany’s largest refinery, 24% owned by Russia’s Rosneft ROSN.MM, continues to buy Russian crude, which accounts for about 14% of the total intake.

The Hungarian oil company has said it would take at least 2-4 years to fully switch its two refineries in Slovakia and Hungary to alternative crude processing, which currently accounts for about 35% of total intake.

The Indian private refiner, part-owned by Rosneft, has purchased Russian oil after a gap of a year, buying about 1.8 million barrels of Urals from Trafigura.

A Bulgarian refinery, owned by Russia’s Lukoil, continues to refine Russian crude, which accounts for about 50% of its intake, according to government officials.

German government officials have said they were looking to replace Russian crude with alternative imports via the German port of Rostock or via ports of neighbouring Poland to keep the refinery running.

The British oil major has exited Russia and said it would no longer make new deals with Russian entities for loading at Russian ports unless “essential for ensuring security of supplies”.

The energy group, 30.3% owned by the Italian government, has suspended purchases of Russian oil, including for Germany’s Bayernoil refinery, where it has a minority stake.

The Portuguese oil and gas company has suspended all new purchases of petroleum products from Russia or from Russian companies.

The global mining and trading firm said it would not enter any new trading business relating to Russian-origin commodities unless directed by the relevant government authorities.

Greece’s biggest oil refiner has stopped buying Russian crude, replacing it with additional supplies from Saudi Arabia and other countries.

From the start of April, the Finnish refiner has replaced about 85% of the Russian crude oil with other crudes, and said it will not enter in new deals to buy Russian oil.

Romania’s top oil and gas firm, controlled by Austria’s OMV OMVV.VI has said it was preparing to wean itself off Russian crude imports, which account for about 30% of its Petrobrazi refinery’s annual needs.

Poland’s largest refiner has stopped buying Russian crude on the spot market, switching to North Sea oil, with previously signed long-term supply contracts expiring by the end of this year. Russian crude accounts for about 30% of its intake.

Sweden’s largest refiner, owned by Saudi billionaire Mohammed Hussein al-Amoudi, has replaced Russian barrels, which made up 7% of its supplies, with North Sea barrels.

The Spanish company has stopped buying Russian crude oil in the spot market.

The Geneva-based global commodities trader plans to stop all purchases of crude oil from Rosneft by May 15 when tighter EU rules on Russian oil sales come into effect, and “substantially” reduce volume of refined products it buys from Rosneft.

The French energy firm, which operates Leuna refinery in eastern Germany, has stopped making new deals to buy Russian oil and plans phase out its purchases by the start of 2023.

The Swiss refiner, which owns 51.4% in Germany’s Bayernoil refinery, has said it would no longer enter into new deals to buy Russian crude.

Traders being traders one must read between the lines for what they are really saying. No new deals, no spot market purchases = PR speak for we continue to buy 30% discounted oil in terms of our old contracts.

Massive fortunes are being made from the 30% discount for products that sell at mostly regulated prices. Don’t hold your breath for discounted selling prices. Margin used to be say $5 per barrel input. Margin now $35 per barrel…. And all it costs is a few more civilians.