Executive pay: It’s no longer just about the money

Non-financial metrics are playing an increasingly important role when it comes to incentives.
By Chris Blair and Bryden Morton 10 Feb 2022  00:03 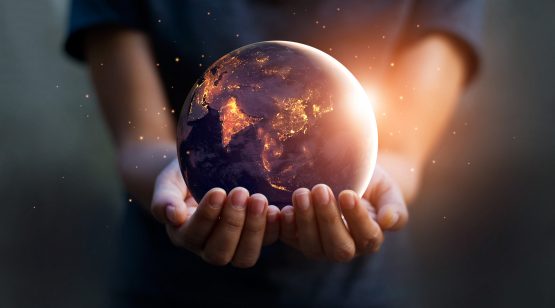 SA-listed companies can stand tall among their developed nation peers in their adoption and application of ESG metrics. Image: Shutterstock

In a previous article – Why all the fuss Fuss about ESG? – we explored the changing world of environmental, societal and governance (ESG) factors.

Our company has now become part of a world-wide study of ESG metrics conducted by the GECN (Governance and Executive Compensation Experts) Group of companies, representing Africa for the first time.

We have just completed the study across eight listed exchanges in which South Africa is the only emerging market exchange. South African listed companies can stand tall among the developed nations in their adoption and application of ESG metrics.

Why is ESG important? ESG metrics can be described as non-financial metrics and are about the sustainability of the world, the continents, countries, businesses and society.

Everyone knows about the dire effects that global warming will have on the earth as we know it if the increase in world temperatures exceeds 1.5 degrees.

Society is becoming more vocal about government and business practice as the world moves from ‘shareholderism’ to ‘stakeholderism’.

This trend has been catapulted forward due to the Covid-19 pandemic, which has highlighted the unsustainable business practices worldwide that are leading to the destruction of the environment and of society – highlighted by the growing wage and wealth gap around the world.

The ESG metrics most commonly used and reported on in annual financial reports and integrated reports by listed companies, and measured in the GECN study, are as follows: This year’s GECN research aimed at examining any year-on-year trends in companies using ESG metrics in executive incentive plans (both the prevalence and weighting), particularly changes in connection with the Covid-19 pandemic and the increasing market pressure for companies to increase their focus on ESG in their business strategies.

Our study also identified that a growing number of companies are starting to incorporate ESG metrics in executive long-term incentive plans and that the weighting is higher than in prior years – tying sustainable metrics to executive pay in the long term.

The main trends emerging from the study:

More than 74% of companies in all sectors reviewed use ESG metrics.

However, how does South Africa perform relative to its peers globally? South Africa ranks fourth in the world with 75% of companies using ESG metrics, while Australia leads (84%), followed by the UK and Europe (79%).

South Africa is just ahead of the world average – and given that we are an emerging market (compared to developed markets), we should be proud to stand tall. There has been a huge swing towards social metrics, catalysed by the pandemic which highlighted the inequity of pay and wealth around the world.

The poor have borne the brunt of the fallout from the pandemic through loss of jobs, reduction in pay, increased fuel and food prices – hence there has been an increased focus on this non-financial metric.

This has been particularly prevalent in South Africa, which has the highest Gini coefficient (measure of income inequality), and one of the highest unemployment rates in the world.

South Africa leads the charge on diversity, equity and inclusion (DEI) metrics, with this social metric being front of mind in most companies’ strategies. World-wide, 45% of companies use DEI metrics, followed by 37% who use employee engagement metrics. South Africa ties in first place with Australia, with 13% for the most important metric of ESG – the weighting of the executive maximum total remuneration linked to ESG metrics.

Although the weighted linkage is still quite low (and increasing), South Africa is well ahead of the global average of 9%. The split between weightings of performance metrics for short-term and long-term time horizons is critical in the incentivisation of executives, since this determines whether a forward-looking sustainable approach is more important than short-term wins, which could result in long term losses.

We can only hope that the move from short-term towards long-term incentives continues rapidly, as this is how ESG metrics will become sustainable. The prevalence does not, however, tell the full picture of the effectiveness of ESG metrics in short- and long-term incentives.

It is rather the weighting of the metric that is important, as this incentivises the executive’s behaviour.

The median weighting for ESG metrics in short-term incentives is 25% compared to 20% in long-term plans, and is significant for both.

In the upper quartile, 25% of metrics or more have a weighting in short-term incentives of 40% and 30% for long-term incentives. This is encouraging for the future sustainability of ESG.

Even at the lower quartile, 25% of metrics or less still have a weighting of 20% for long-term incentives. In the coming years, we expect to see growth of the trends in companies that adopt non-financial ESG metrics in their incentive plans:

The world is in urgent need of change in terms of its environment, climate change, social inequity and well-being.

ESG metrics could be the silver bullet that brings this change about, but only if it is universally adopted and governed.

South Africa sets an example in that, as an emerging market, we can contribute and stand tall among our world peers.

Chris Blair is CEO of 21st Century and Bryden Morton is executive director.

There is another benefit. If Acme went down 10% but market went down 40% the math works out that the Acme stock options will still have performed very well for the hired help.