‘This is a relatively modest investment for something that is so critical.’
By Michael Taylor, Thomson Reuters Foundation 6 Mar 2022  00:15 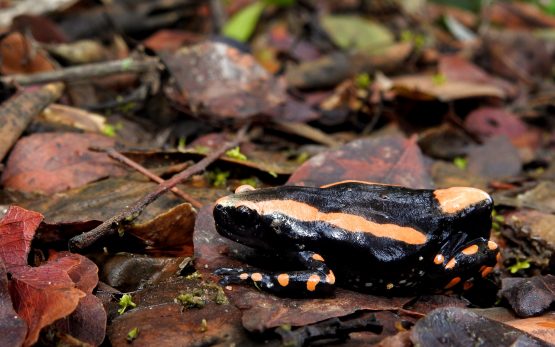 As talks on a new global pact to protect nature ramp up this month, international green groups have called on the world’s richest nations to commit at least $60 billion a year to protect and restore biodiversity in developing countries.

Governments are working to finalise an agreement to safeguard the planet’s plants, animals and ecosystems – similar to the Paris climate accord – at a two-part UN summit due to conclude in May in the Chinese city of Kunming.

The draft pact includes a goal to boost funding for nature conservation in developing nations by $10 billion per year – in addition to the $5 billion-$10 billion now flowing.

But environmental groups would like wealthy governments to provide a combined total of at least $60 billion annually.

“This is a relatively modest investment for something that is so critical,” said Brian O’Donnell, director of the U.S.-based Campaign for Nature, which is backing the call.

“(It) is essential if we want a viable future for life as we know it on the planet,” O’Donnell told the Thomson Reuters Foundation by phone from Nairobi.

More money is spent on handbags and videogames each year than the $60 billion being sought to protect nature, he noted.

Improving conservation and management of natural areas, such as parks, oceans, forests and wildernesses, is seen as vital to safeguarding the ecosystems on which humans depend and limiting global warming to internationally agreed targets.

A flagship UN science report released on Monday made clear the link between the health and well-being of nature and of people, emphasising how functioning ecosystems provide the clean air, water, food and carbon storage human societies rely on.

UN officials and conservationists told a 2020 UN finance forum that $700 billion a year in extra funding was needed over the next decade, from both governments and business, to protect those natural systems.

About $500 billion of that could come from re-purposing subsidies that today are harming nature, including for fossil fuel use and unsustainable farming, said O’Donnell.

But developing countries with tropical forests and other important ecosystems want donor governments to provide them with direct funding to meet the expected new nature goals.

Progress on the fresh set of global targets has been slow, with the UN biodiversity summit, known as COP15, already postponed three times due to the difficulties of meeting face to face during the coronavirus pandemic.

In-person negotiations to prepare for COP15 are scheduled from March 13-29 in Geneva.

However, the signs are not encouraging given that wealthy nations have failed to fully deliver on a pledge, made back in 2009, to channel $100 billion a year to poor and vulnerable countries from 2020 to help them tackle climate change.

O’Donnell said the new nature pact would need solid financing plans that hold governments accountable but could also be funded through taxes on corporations that have contributed to, or benefited from, biodiversity loss.

Research shows that 30% of threats to biodiversity are generated by international trade particularly of commodities produced in developing countries, such as palm oil and soybean, the green groups said.

Some progress in curbing the risks has been made. At November’s COP26 climate summit in Glasgow, world leaders pledged to halt deforestation by 2030, while dozens of nations promised to do more to safeguard nature and overhaul farming.

James Roth, senior vice president for global policy and government affairs at Conservation International, said $60 billion a year would be “an investment in the future we all want”, helping address the many challenges facing the planet.

“The time to act is now – there is not a moment to waste,” he said in a statement.