Tin alloy fuel catalysts to save fuel and cut pollution

ITRI is calling for more research into use of tin pellets as fuel additive to increase fuel economy in, and significantly cut emission levels from, internal combustion engines.
Lawrence Williams 7 Jan 2015  14:16 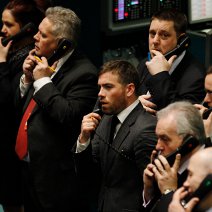 Tin is perhaps the least commented on of the LME-quoted major base metals, but has seen some very strong price levels over the past few years, in part due to a clampdown on tin mining by one of the major producing nations, Indonesia and the relatively small size of market thus increasing volatility to supply/demand changes.  Its primary current usage is for solders while remaining industrial demand is divided between tin plating, tin chemicals, brass and bronze, and niche uses .

Re. niche uses, global tin industry organisation ITRI (formerly the International Tin Research Institute) has called for more research into the use of tin alloy pellets added to fuel following successful field trials in Malaysia (one of the world’s other major producers of tin – China is No. 1). Positive results on fuel saving and exhaust emissions reduction have been identified using eleven different engines.

ITRI notes that stringent targets are in place worldwide to cut pollution from engines and improve fuel economy as governments urgently try to reduce harmful emissions as well as our dependence on fossil fuels. At the same time a surprisingly simple technology based on adding tin alloys into fuel tanks or fuel lines has for many years been claimed to reduce fuel consumption and exhaust emissions in engines. However, this has been met with widespread scepticism.

Recently, tin producer and smelter Malaysia Smelting Corporation (MSC) has carried out field trials using the tin fuel catalysts, supplied by Broquet International, UK, on several engines and vehicles at its Rahman Hydraulic Tin Mine (RHT Mine), in Malaysia. The specially formulated tin alloy pellets are either added into a fuel tank or placed inside a fuel line cartridge. They are not significantly used up and can last for the lifetime of the engine.

Fuel consumption was measured over a 6 month baseline and then over 6 months with the catalysts fitted. Exhaust emissions were measured by Acumen Scientific Sdn Bhd, of Penang, Malaysia. The tests included pick-up trucks, a cargo truck, tipper truck, electrical generator, large static diesel engine, a Jeep and a Volvo Sedan car. Results in all eleven vehicles were positive. Fuel savings in diesel engines were 4.0 – 7.0% and in petrol 6.0 – 7.0%.  Emissions of CO, NOx and SO2 were all reduced by 30 – 60%.

“These latest results confirm that it is time for tin fuel catalyst technology to be taken more seriously by engine manufacturers, governments and the scientific community,” commented Dr Jeremy Pearce, ITRI’s Technology Team Leader. “Tin alloys clearly have beneficial effects when they are contacted with fuels and we need to seize this opportunity to make the use of fossil fuels in engines cleaner and less polluting for us all.”

In fact ITRI believes it is close to understanding how tin fuel catalysts work. As world experts in the science of tin they are proposing two complementary theories, both based on the known properties of the metal. Firstly, tin may react with trace metals present in fuel that cause engine gums and deposits, resulting in cleaner engines. Secondly, tin is already used commercially as a reforming catalyst, for example to convert organic matter into biodiesel, and similar reactions with fuel molecules are theoretically possible. In fact work, published by the University of Connecticut in the US, last year confirmed molecular changes in both petrol and diesel and measured enhanced useful energy yield. Their Department of Energy project identified tin alloys as ‘next generation fuel reforming catalysts for efficient energy usage’.

These are the latest in a series of recent trials coordinated by ITRI, with other work in Peru and in China. They confirm positive data ITRI has collated from more than 70 other tests on the technology carried out by suppliers over several decades.