Industry looks to pending amendments to keep them afloat.
Eleanor Seggie 13 May 2015  10:19 Amendments to the National Environmental Management Waste Act (NEMWA) have caused a stir in the mining fraternity and, until government responds to draft regulations, there will be a cloud of uncertainty hanging over the local industry.

Olivia Allen, waste management and environmental impact assessment specialist at Golder Associates Africa, explains that before the promulgation of the NEMWA Amendment, mineral waste facilities were designed and operated based on risk (risk-based approach), which takes into account site-specifics, the nature of the characterisation of the waste material, and “a consultant’s professional judgment on how those facilities should be designed and operated.”

Mineral waste now falls under the NEMWA – this was implemented in December 2014. NEMWA, in essence, was developed with domestic waste (landfills) in mind.

Strictly applying the NEMWA regulations to mineral waste facilities could upset the industry. The revised Act predefines mineral waste as hazardous, and applies the technical requirements of small landfills to large mine residue deposits.

Engineers warn that accommodating these requirements will cost hundreds of millions of rands – unbudgeted by most mining companies.

Disposing of waste in the landfill-type design and disposing of mineral waste are different ball games. The specific properties of the respective waste mean that there are different engineering challenges involved.

Andrew Brown, strategic advisor to the Waste, Rehabilitation and Closure division of Golder Associates Africa clarifies: “Mineral waste can have high temperatures – virtually all the coal discard dumps in SA are burning due to spontaneous combustion – so the use of geosynthetic material that is mostly plastic-based materials (required in landfills) to cover the facilities, is going to be challenging.” “Mineral waste, such as waste rock and tailings, also weigh four or five times more than domestic waste or industrial waste on landfills; the final height and mass of such disposal facilities is so large that it will lead to liner failure. Therefore, the integrity and/or longevity of the designs outlined in the NEMWA Regulations will be significantly compromised when used for the disposal of mineral waste.”

Furthermore, to construct pollution barrier systems (liners) for certain mineral waste facilities in accordance with the NEMWA Regulations is very costly, especially since some of these facilities have been set up for temporary purposes (ten or 20 years in mining terms).

Brown explains that in many cases, “mineral waste facilities are not permanent disposal sites, as in the case with landfills, mines open up areas resulting in a stockpile of material that will one day either be put back into the hole it came from or it will be used elsewhere for rehabilitation on site. So the need to design that facility as if it is a final disposal site is questionable.”

On December 8, 2014, government implemented the rollout of the ‘One Environmental System’, which aims to streamline mining, environmental and water use authorisation processes for mining related operations.

“Before the new ‘system’, there were a number of different regulatory approvals that an applicant, for example, a discard dump or a pollution control dam, needed to go acquire. Each regulatory process was sitting with different regulators and each process had different timeframes and requirements,” says Allen, adding that construction could not start until all of these authorisations were in place.

Brown admits that government is now picking up on the industry’s concerns.

Following the promulgation of the NEMWA, another set of draft regulations were released in November 2014. Allen says the draft regulations address some of the key challenges for the mining industry. The regulations suggests more ‘fit-for-purpose’ regulations for mineral waste, more aligned with the risk-based approach, that takes site specifics into consideration.

“The regulations include transitional arrangements, which give legal status (in terms of the NEMWA) to current or future mineral waste activities or facilities, provided they are adequately described in a mine’s approved EMP. The regulations also make provision for exemptions, for facilities of a temporary nature, such as overburden stockpiles,” she adds.

She emphasises that ensuring duty of care and environmental protection are key, and hence risk assessment and impact prediction modelling are essential, which are also covered in the draft regulations.

“The finalisation of the Regulations for the development of residue stockpiles, residue deposits and financial provision for rehabilitation regulations in terms of NEMA is still pending, therefore until such regulations are finalised, the MPRDA regulations in this regard will remain in force,” states the joint government statement.

Allen believes that there isn’t yet alignment between the different regulators’ views on the regulation of mineral waste.

She says: “overall, the intent of the latest changes in the legislation is wonderful; however, better consultation with all parties is needed.” She suggests that industry and government role-players, as well as scientists and engineers, gather to resolve these issues.

“Mines are taking strain now – they have to appoint consultants to do rework due to the changes in legislation, or to spend time developing solutions that are both legally definable, practical and cost-effective, which is costly. In the meantime, mineral waste is being generated and has to be disposed of somewhere, but they do not have the authorisation to dispose of it due to hold-ups in the approval process, caused by the changes in legislation.”

Allen admits it’s a challenge for consultants. “You need to be compliant with the law … and give a practical, cost-effective solution to the client. But we’re getting there – we’re getting licences through. It’s just taking longer”.

“From an innovation perspective, Golder is focusing on looking at implementing alternative solutions that still reach the objectives of the current regulations [same liner performance] but are cheaper,” she adds.

For now, until government responds on the draft regulations, it’s an anxious sit-and-wait for the industry. 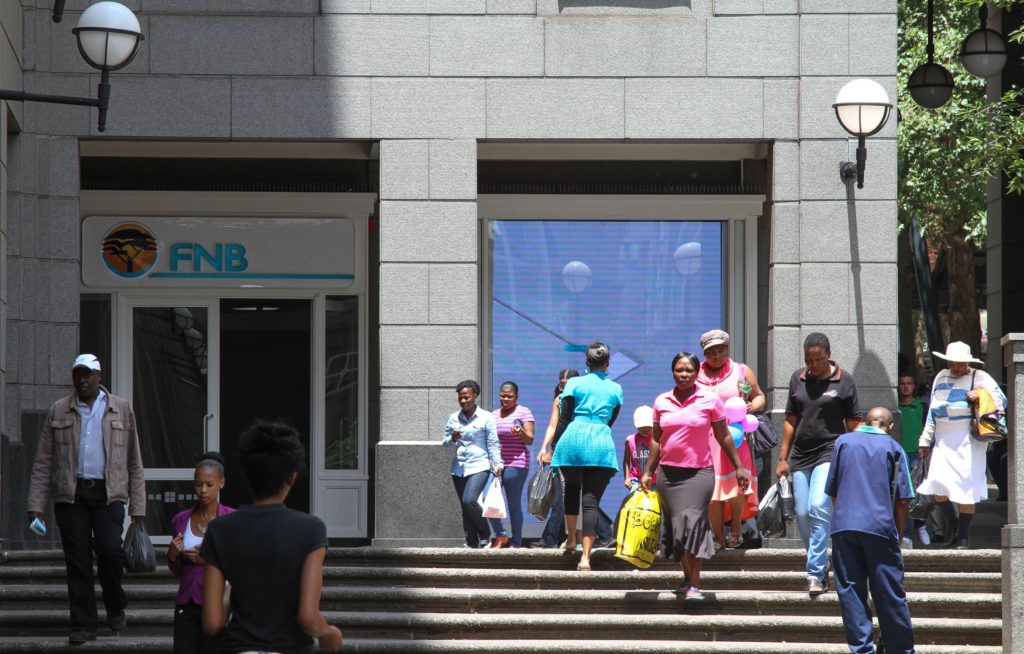