Total investment in the first two phases of the project will be around 6bn pounds.
By Lars Paulsson, Bloomberg 28 Nov 2020  00:06 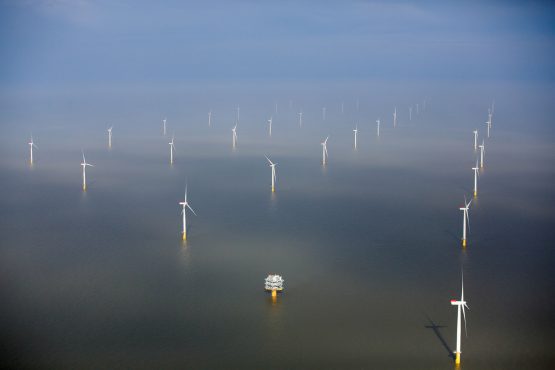 SSE Plc and Norwegian energy major Equinor ASA will proceed with the world’s biggest offshore wind park in the North Sea after reaching financial close on the joint venture.

Dogger Bank, off the English east coast, will have skyscraper-sized turbines and produce enough renewable electricity to supply 5% of the UK’s demand, or the equivalent of six million homes. The decision comes just days after the European Union announced a $940 billion push into wind at sea to meet stricter pollution targets as well as Prime Minister Boris Johnson’s green plan to support renewable energy sources.

Total investment in the first two phases of the project will be around 6 billion pounds ($8 billion) and has already created hundreds of UK jobs, SSE said in a statement. Each phase has a capacity of 1 200MW and will generate around 6 000 gigawatt-hours.

“We are putting our money where our mouth is on delivering net zero and reinforcing the UK’s position as a world leader,” Alistair Philips-Davies, SSE’s chief executive officer, said in the statement.

Offshore wind is central to Johnson’s plan, with the government aiming to quadruple capacity to 40 gigawatts by 2030.

The first two phases will be built simultaneously, Equinor said. The third, Dogger Bank C, is being developed on a different timescale with financial close to follow at a later stage. Once all three phases are complete in March 2026 it will be the largest offshore wind park in the world.