Environmentalists triumph over mining group and the state

A Pretoria High Court judgment this week will make it more difficult for mining groups to get licences in environmentally protected areas.
Ciaran Ryan  /  20 November 2018 00:12
1 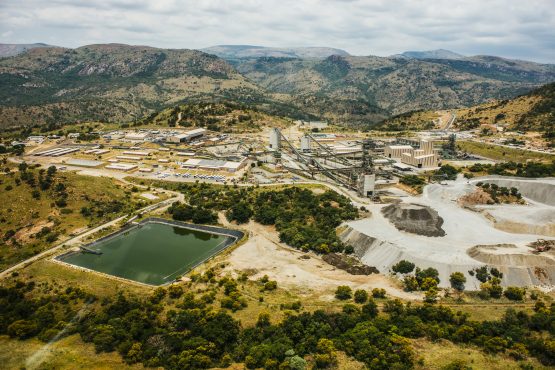 A watershed judgment in the Pretoria High Court on Thursday will make it more difficult for mining groups to obtain licences in environmentally sensitive areas.

The court set aside decisions to allow coal mining in a protected wetland area in Mpumalanga made by the ministers of environmental affairs and mineral resources. It also instructed the ministers to comply with the Promotion of Administrative Justice Act and consider the interests of local communities and environmental principles before granting mining permissions.

The judgment by Judge Norman Davis goes a long way to establishing the boundaries of state power in such cases, and should in fact be required reading for all ministers. “This is a very practical and progressive judgment, and one that will set a standard for mining projects going forward,” said Catherine Horsfield, attorney for the Centre for Environmental Rights, which represented the environmental groups.

Davis had some choice words for the ministers:

“… there is a disturbing feature in the conduct of the Ministers or their departments which gave rise to one of the complaints of a lack of transparency and it is this: the primary beneficiaries of the mining activity sought to be permitted are based off-shore and their local BEE component is, to an extent, ‘politically connected’,” reads the judgment.

The minister of environmental affairs at the time the mining licence was granted had admitted to violations of procedural fairness under the Promotion of Administrative Justice Act, but argued that these were fair and reasonable departures. Environmental groups complained that they had not been given an opportunity to have their objections to the mining project heard.

Davis: “My initial impression on the Ministers’ method of exercising their discretion was simply to apply a ‘tick-box’ approach, namely, had all the other organs of state given their approvals? If so, then permission is granted.

“It is, to my mind, astounding that in an admitted novel procedure, the Ministers decided (if indeed, they had done so) that it would be procedurally fair not to hear the applicants (the environmental groups) whilst well-knowing that each and every preceding authorisation had been hotly contested.”

The late minister of environmental affairs argued that she had no duty to apply her mind freshly to the mining application. This was simply wrong, said Davis.

This case is just one of several administrative and legal challenges brought by the environmental groups, headed by the Centre of Environmental Rights, against Atha-Africa Ventures, an Indian-owned mining company, and the government. This is seen as a test case for establishing the boundaries of ministerial decision-making in allowing mining to take place in environmentally sensitive areas.

The environmental groups challenged the ministers’ decisions to allow Atha-Africa to proceed with its coal mining project in Mpumalanga as lacking transparency and being procedurally unfair. They also argued that mining in such sensitive areas could only be allowed in exceptional circumstances.

Days before the matter was heard in court, the Mpumalanga MEC for mining published a notice in the provincial gazette to exclude the proposed mining area from the Mabola Protected Environment. This would have short-circuited the entire legal process, and on this basis the MEC instructed the state attorney to seek a postponement. The court wasn’t buying it, and the court case went ahead. This latest judgment leaves the door open for environmentalists to challenge the MEC’s decision to redraw the boundaries of a protected area.

Atha-Africa’s proposed underground mine, known as the Yzerfontein, involves placing boreholes and pipelines over much of the protected area. One of the main concerns was the dewatering activities, which environmental groups argued would contaminate local water sources.

In his judgment, Davis pointed out that mines require environmental authorisations as well as water and land use permissions before commencing operations. When it comes to protected areas, ministerial authorisation is also required, and should only be given in exceptional circumstances.

The environmental groups also challenged the ministers over their decision to allow mining before having sight of Atha-Africa’s Social and Labour Plan, which is a condition of all mining licences, and is intended to uplift local communities and workers. The government argued there was no need for the ministers to consider the SLP “to the exclusion of other socioeconomic specialist studies”. The judgment says this clearly constituted a failure to consider relevant information by the ministers, as required by law.

The National Environmental Management Act (Nema) requires authorities to apply a risk-averse and cautious approach when dealing with “sensitive, vulnerable, highly dynamic or stressed eco-systems”. The ministers had not done so, and this represented an impermissible abdication of decision-making authority.

One issue of concern to environmentalists is insufficient set-asides for mine rehabilitation, and the impact of acid drainage on the water system. The court said these issues should be considered once the matters are reviewed in terms of fair administrative procedures.

Costs were awarded against the ministers and the MEC.

The Executive arm of government is beholden only to Luthuli House and a certain family of Indian descent. It has been decades since any Minister exercised a power (that should in any event never have been granted to a member of the executive) in an Act of parliament in a manner that benefits the populace or the country. The brutal oligarchy exists only for the benefit of – the oligarchy itself.