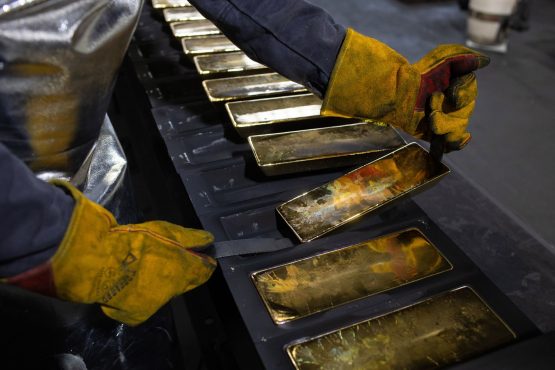 Gold advanced, with investors remaining on edge as they assessed the impact of Russia’s invasion of Ukraine and Western sanctions, against the imminent monetary policy tightening in the US.

Bullion fell a day earlier after surging to the highest in more than 17 months as traders digested weaker-than-expected sanctions on Russia following the country’s attack on its neighbour. Gold’s rally could have a lot further to go if a resulting commodity price spike leads to concerns of a material slowdown in growth in developed markets, according to Goldman Sachs Group Inc. 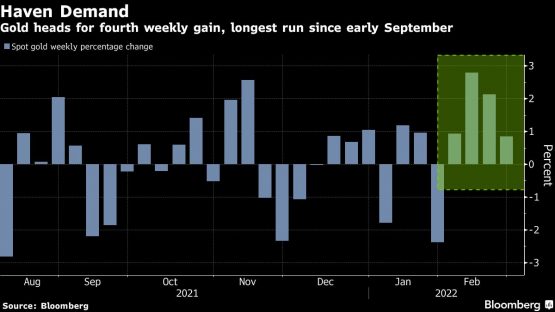 President Joe Biden imposed stiff penalties on Russia, whose forces have pushed closer to Ukraine’s capital, Kyiv, in one of Europe’s worst security crises since World War II. This includes action against five major Russian banks to impair access to foreign currency, but stops short of barring the nation from the Swift international payments. Russian crude supplies were also spared.

Meanwhile, Federal Reserve officials signaled they remain on track to raise interest rates next month — stressing the need to confront the hottest US inflation in 40 years — despite uncertainty posed to the global economy by the Russia-Ukraine conflict. Higher rates could weigh on non-interest bearing gold.

“In the near term, the safe-haven bid amid an equity selloff coupled with lower real yields has been the overriding factor and risk-off flows will continue to dominate” gold, RBC Capital Markets strategists led by Christopher Louney, said in a report dated February 24.

Silver and platinum both advanced. Palladium edged higher following big swings in the previous session on concerns over potential supply disruptions. Russia produces about 40% of the palladium mined globally.