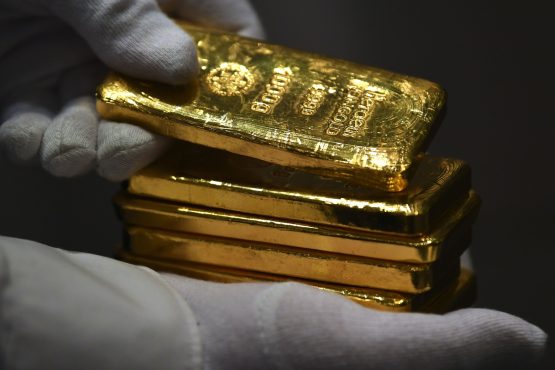 Gold fell after posting its biggest weekly gain since March as the market waited for fresh indicators on the state of the global economy and the pace of US interest-rate hikes.

Bullion rose 2.2% last week on speculation that the Federal Reserve will reduce the pace of rate increases as the US economy slows. Still, it ended July down for a fourth consecutive month as it continued to lose out to the dollar as a safe-haven option.

US employment data will be in focus this week, with jobless claims for July coming on Thursday and nonfarm payrolls a day later. Fed Chair Jerome Powell said last week the the labor market remains “extremely tight,” referencing a near-record number of job openings and historically low unemployment. “Gold has recovered from recent lows and a close above $1,750 an ounce shows momentum is positive,” said Ravindra Rao, head of commodity research at Kotak Securities Ltd. Still, its gains will be checked with the Fed unlikely to change its monetary-tightening stance due to high inflation, while “concern about consumer demand in India and China and continuing ETF outflows” show weaker investor interest, he said.