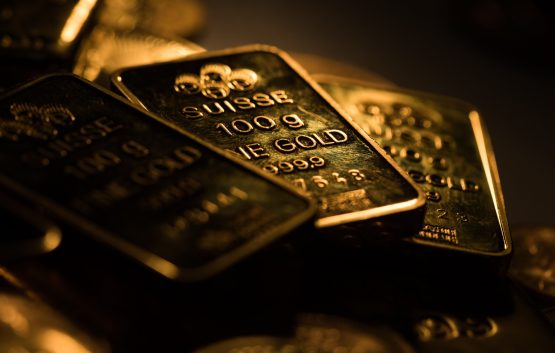 Gold crept higher as investors count down to the conclusion of a key Federal Reserve meeting where a big interest-rate hike is expected.

Bullion advanced 0.4% after slipping by a similar amount on Monday. Traders are pricing in a 75 basis-point increase at the Fed’s July 26-27 gathering, although the outlook after that is harder to predict. Market participants have underpriced the amount of tightening needed to tame inflation, the Fed’s current priority, according to Bloomberg Economics, which expects a steeper and higher path for the fed funds rate. 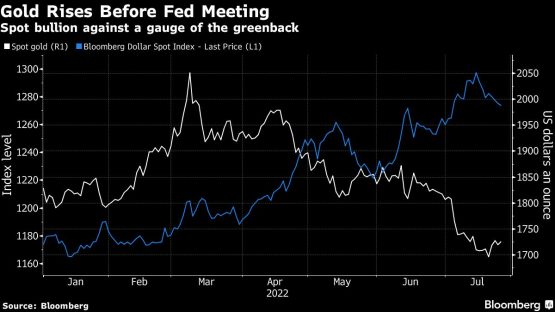 Gold is set for a fourth straight monthly loss — after dropping to the lowest since March 2021 last week — as central banks tighten monetary policy to contain price pressures. While this has spurred concerns of an economic slowdown, gold’s appeal as a haven has been dimmed by the dollar’s strength, though a gauge of the greenback has retreated from a record in mid-July.

“The US dollar is off its highs and that’s probably helping with a bid under gold,” said Nicholas Frappell, global head of institutional markets at ABC Refinery in Sydney. “So far, the gold rallies aren’t entirely convincing, and traders are awaiting the Fed meeting for further guidance.”

Second-quarter GDP data due Thursday will indicate whether the US is in a technical recession, although President Joe Biden’s administration is downplaying the significance of the report.

Spot gold traded at $1 726.56 an ounce at 10:04 a.m. in Singapore. The Bloomberg Dollar Spot Index slipped 0.1% after dropping 0.2% in the previous session. Silver, platinum and palladium all advanced.

Yes, because gold has such a high yield that it does really well in times of higher interest rates. Fool’s Gold should have read Gold’s Fools