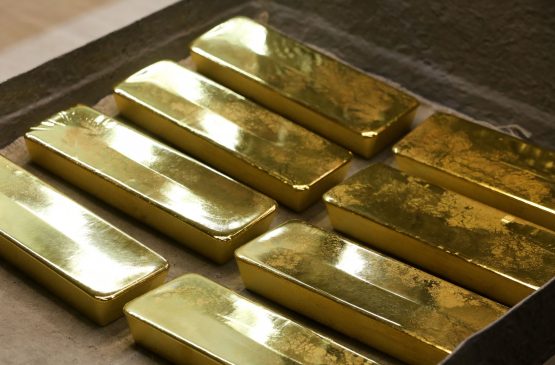 Gold declined after Federal Reserve policy makers said the US economy is on the road to recovery despite still facing risks, while traders await consumer price data later Wednesday amid jitters over inflation.

The economic situation is improving, but it’s premature to discuss reducing monetary policy support, according to a chorus of Fed officials. “The outlook is bright, but risks remain, and we are far from our goals,” Governor Lael Brainard told a virtual event Tuesday, adding that it’s important to remain focused on achieving the Fed’s goals for maximum-employment and inflation.

Cleveland Fed President Loretta Mester and James Bullard of St. Louis voiced similar views, with the unified message coming as debate continues over whether price pressures will be persistent enough to force the Fed to tighten policy sooner than current guidance suggests. Gold rose to the highest in three months earlier this week after a report showed a surprise slowdown in US job growth, supporting the case for continued economic stimulus and low interest rates. Still, a rebound in 10-year Treasury yields is weighing on demand for non-interest-bearing bullion.

Are you serious? Gold retreating but it is resisting at $1800?