Gold rips up the record book 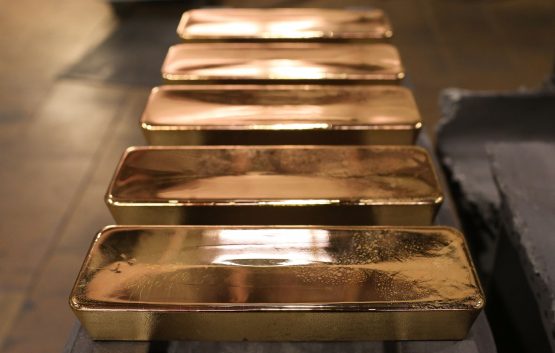 Gold’s unrelenting march higher shows no signs of slowing after a plunge in the dollar swept prices past the previous high set in 2011 and put the metal on track for even bigger gains.

Bullion’s surge came as a gauge of the U.S. currency sank to the lowest in more than a year, the latest in a long line of bullish factors — including negative real rates in the U.S. and bets the Federal Reserve will keep policy accommodative when it meets this week — that are pushing prices ever higher.

With the world facing an extended period of unprecedented economic and political turmoil, gold’s now got $2,000 in its sights. Some in the market suggest the haven could rise even beyond that. Nascent signs of gold’s record-breaking ascent began to show in mid-2019, when the Fed signaled a readiness to cut interest rates as uncertainty — primarily about the impact of the U.S.’s trade battles — clouded its outlook. The rally gathered pace in early 2020 as geopolitical tensions rose and the coronavirus outbreak hurt growth worldwide, pushing governments and central banks to unleash vast amounts of stimulus, and sending real rates slumping further into negative territory.

“Strong gains are inevitable as we enter a period much like the post-GFC environment, where gold prices soared to record levels as a result of copious amounts of Fed money being pumped into the financial system,” said Gavin Wendt, senior resource analyst at MineLife Pty. A weak dollar and negative real rates are providing further impetus. Gold may consolidate before setting its sights on $2,000 and above in coming weeks, he said.

Investment demand has been unrelenting. Holdings in gold-backed exchange-traded funds have beaten all-time highs nearly every month since late last year and inflows this year have topped the record annual total set in 2009. The additions make up roughly one-fifth of expected mine supply for the year, according to research group Metals Focus.

Gold’s been drawing investors even as equities climbed — with the exception of a sharp selloff in March as traders liquidated bullion holdings to cover losses in other markets — and it’s U.S. bonds that have been the key metric to watch. The metal is serving as an attractive hedge as yields on Treasuries that strip out the effects of inflation fall below zero.

The environment has even raised the specter of stagflation, a rare combination of sluggish growth and rising inflation that erodes the value of fixed-income investments. In the U.S., investor expectations for annual inflation over the next decade, as measured by a bond-market metric known as breakevens, have moved higher the past four months after plunging in March.

When adjusted for inflation, bullion remains lower than its 2011 high and far below the historic peak in 1980, in the wake of the second oil price shock. It’s not just price moves that are proving historic. The virus shined a spotlight on a traditionally overlooked corner of the market: logistics. A chaotic period in March saw extreme distortions between London and New York gold prices due to an unprecedented snarl in the movement of physical metal, with the grounding of flights and refinery shutdowns sparking concerns about a shortage of bullion available in New York in time to deliver against Comex futures.

That crisis eased — there was enough gold — but the dislocation prompted CME Group Inc., which owns Comex, to announce that it would offer a new futures contract with expanded delivery options that included 400-ounce bars, which is the size accepted in London. It later said traders will be able to deliver gold in London vaults against the new contract.

US Fed meets
Next up for investors and a possible fillip for gold, is this week’s Fed meeting July 28-29, where officials are expected to keep interest rates near zero and debate a possible shift in its strategy.

The Fed’s path forward will be closely watched. From December 2008 to June 2011, the Fed bought $2.3 trillion of debt and held borrowing costs near zero percent in a bid to shore up growth, helping send bullion to a record in September 2011.

On top of historic low rates, central banks and governments have passed trillions in stimulus packages to curb the economic toll of the pandemic, and if that continues, investors will continue to buy into gold, said Nitesh Shah, London-based director of research at WisdomTree.

“Some investors out there are a little uneasy or uncertain about what this means for the long-term future,” he said. “If these stimulus packages can’t be withdrawn at some point in time when the economy can handle it, are these things going to become quite inflationary?”

Forecasts for further gains have been building even before gold’s most recent breakthrough. Bank of America Corp. has stuck with its April forecast for $3,000 gold over the next 18 months. UBS Group AG sees prices reaching $2,000 by end-September, global chief investment officer Mark Haefele said in a note Monday. The group has added the metal to its “most preferred asset list.”

“You simply couldn’t pick a more perfect storm of events which would allow for gold to perform,” said Steve Dunn, head of ETFs at Aberdeen Standard Investments. “With low interest rate policies, negative real rates, super accommodative monetary policy, huge amounts of global fiscal spending, a weaker dollar, escalating U.S.-China tensions and no clear end in sight for the coronavirus pandemic, all of the parts of the equation are coming together.”