Geopolitical shifts make betting on gold a sure thing – Bogner

The crisis in Crimea is seen as the beginning of a larger global power shift from West to East. Stephan Bogner gives a European viewpoint on what these shifting power dynamics will mean for gold in a Mining Report interview.
2 April 2014 08:50 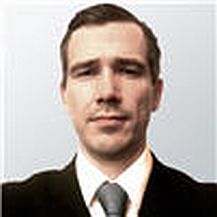 The Mining Report: In his recent interview with The Gold Report, Robert Cohen said that now that Crimea has joined Russia, the crisis in Ukraine has run its course, which is why the price of gold has dropped. As a European mining analyst, do you agree with Cohen’s assertion?

Stephan Bogner: In my view, high-level Wall Street players are orchestrating the gold price drop as a means of making people believe everything is in order again. They’re attempting to convey that the crisis premium has been deducted from the gold price after its rise in the wake of the Crimea crisis, but I wouldn’t bet on that.

Don’t bet on TV experts and commentaries. Bet on your gut feeling, especially when it’s getting quiet and experts are going silent.

TMR: What is the general sentiment among the Germans regarding the situation in Ukraine?

SB: According to large polls in Germany, most Germans think that not only Russia, but the Ukrainian government, the EU and the U.S. all have made mistakes and share the blame, and that the crisis is not our business and we shouldn’t get too involved. One out of two Germans thinks that we should only use diplomatic measures and only every fourth German thinks that sanctions against Russia would be appropriate. That said, I doubt most Germans know what the full consequences that sanctions against Russia would bring us.

TMR: It seems the west is unwilling to do much to help Ukraine, apart from sanctions against Russia. Is this emblematic of a power shift from west to east?

SB: According to these polls, 75% of Germans distrust Putin and at the same time think that he is “clever and strong”, but more than 60% of Germans doubt that Obama can solve this conflict. The traditional thinking that sees Russia as mainly negative and the U.S. as mainly positive is breaking apart. The NSA scandal and George W. Bush laid the foundation for the anti-American impulses that are on the sharp rise again. Vladimir Putin’s power and influence have shifted the balance of power from west to east, although we are too proud to fully admit that.

European politicians should know that sanctions against Russia would be useless and counterproductive, to say the least. Germany and especially other European countries are far too dependent on Russian gas supplies and other commodities to threaten Russia with sanctions. We must acknowledge our fault in deciding to abandon all nuclear power plants in Germany, as we are now paying the price for our energy dependence. Putin must be doubling over with laughter about the proposed sanctions, because he’s smart enough to understand that the threat of sanctions is merely chest-beating, as we attempt to convince our own citizens that we still have some influence.

Europe should try to get on the same page with Russia. I believe this can evolve to be a good thing, as Europe and Russia can become a happy new superpower, especially as we partner more with China. I rather want to see Europe team up with Russia and China to replace U.S. dollar-based transactions with what I envision as a gold-backed monetary system.

Russia can benefit immensely being strategically positioned in the heart of both and sitting on vast amounts of natural resources that can be fed to Europe and China. Ultimately, I see Russian, European and Chinese economies flourishing, while the U.S. inflates itself and becomes dependent on this new superpower.

I believe that Russia will successfully merge with Ukraine. I also believe that this crisis was the beginning of currency and commodity wars that may escalate. After years of depreciating commodity and gold prices, during which the smart accumulated as much as possible, the tide is turning and higher prices are on the forefront.

TMR: How will an alliance of this magnitude and the prospect of currency and commodity wars impact the U.S. economy.

SB: Russia may already be quietly backing away from the dollar. In late 2013, Russia held some $138 billion ($138B) in U.S. treasuries—a fair amount, yet dwarfed by the more than $1 trillion in reserves held by both China and Japan.

Russia is not in a position to take down the U.S. bond market on its own, yet it may have a significant impact when it decides to sell. Russia will have good reason to sell U.S. debt and U.S. stocks, and possibly pursue other means of impacting the globalized capital markets, if the U.S. continues to act so aggressively. Sales by Russia also could trigger others into selling. If the U.S. imposes sanctions against Russia, Chinese officials may start to get the notion that they are too dependent on the dollar, which could lead China to sell U.S. treasuries.

On the other hand, it would be good for the U.S. in the long run if foreign countries dumped their U.S. treasuries and turned away from the dollar. The U.S. economy is too dependent on foreigners buying its debt. I am certain that Russia, and maybe China, are already reducing their exposure to U.S. debt and are ready to shoot back aggressively with massive selloffs if the U.S. goes far out on a limb. This would bring about a falling dollar and a rising gold price. I would rather bet on that than anything else.

TMR: And how will that affect the price of gold?

TMR: Iraq bought 36 metric tons of gold recently, valued at $1.6B, the biggest gold purchase by a sovereign power in three years. Is this part of the shift that you are talking about?

TMR: After a strong start this year, the gold price is seeing diminishing support above $1,300/oz. Is the bull simply resting or has the bear returned? What would you say to an investor who is still uneasy after a three-year bear market in gold equities and to a lesser extent gold itself?

SB: I would say don’t worry. Be happy with gold and silver. Their times will come, as certainly as there is an “amen” at church.

TMR: Where is gold safer, in your mattress or in cash in the bank?

SB: That is the question that high-level players on Wall Street want you to think about. The orchestrated bear market has become a self-fulfilling prophecy, with China and Russia probably also manipulating the gold price to the downside as they are all purchasing from people who are asking themselves this question—people who are selling or are no longer buying.

In the end, only the brave will be among the winners—those who never doubted that such a question is nothing but a trap to steal your gold and silver and attempt to force a bear market.

TMR: Do you have one final thought on this commodities environment?

SB: Think of commodities prices like a rubber ball floating on water—the deeper you push the ball down into the water, the higher it’s going to jump when it finally surfaces.

TMR: Thanks for your time, Stephan.

Stephan Bogner is mining analyst at London-based Rockstone Research, where he has analyzed capital markets and resource stocks for more than 11 years. He is also CEO at Elementum International AG of Switzerland. Mr. Bogner earned his degree in economics in 2004 at the International School of Management in Dortmund, Germany. He spent five years in Dubai brokering and reselling physical commodities and now resides in Zurich, Switzerland.

This article is an edited version of the original and is republished here courtesy of The Mining Report.