China is studying the introduction of new taxes and regulations for rare earths in the June half that are forecast to drive prices higher.
4 Jun 2014  11:24 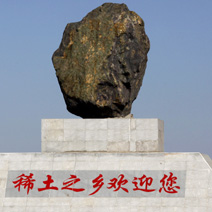 The toxic time bomb set by China’s rare earths mining boom is set to boost the prospects for some of the $12 billion of projects being developed outside the world’s biggest supplier.

As part of its pollution clean-up, China, which controls 90 percent of the global market, is studying the introduction of new taxes and regulations for rare earths in the June half that are forecast to drive prices higher.

The measures will add to pressures loosening China’s stranglehold on the production of rare earths, 17 chemically similar elements used in products from Apple Inc.’s iPods to Toyota Motor Corp. hybrid-electric cars and Tomahawk cruise missiles made by Raytheon Co.

The proposed changes come after the World Trade Organization ruled in March that the Asian nation already had violated global trade rules by imposing export restrictions such as quotas and duties on rare earths. Global stocks of rare earths were depleted after China, which consumes about 70 percent of global supplies, cut exports from 2010.

“They’re clamping down on illegal production, have environmental concerns and there are countries which require rare earths who don’t particularly want to be beholden to China,” said Kevin Schultz, deputy chairman of Northern Minerals Ltd., developing the Browns Range project in Australia. “There’s an opportunity.”

The new measures include a value tax on producers, according to a May 21 article in China Daily, the country’s official English-language newspaper. Environmental compliance certificates may be required for exports, the report said.

At least 18 companies are seeking to begin production outside China by the end of the decade with combined development costs of about $12 billion, according to Bloomberg calculations based on Euro Pacific figures.

Shutting down unregulated mines was a major aim of China’s campaign that began four years ago to constrain rare earth production. It can create waste gas, including deadly fluorine, and wastewater laced with cancer-causing heavy metals such as cadmium. The industry’s problems are part of a larger green crusade in China, which in April saw the passing of the biggest changes to its environmental protection laws in 25 years.

To be sure, the first movers outside China have struggled with both Lynas Corp., which has invested about A$1 billion ($930 million) on a rare earths processing plant in Malaysia, and U.S-based Molycorp Inc., with a mine in the Mojave Desert, plagued by weak prices and delays in achieving output targets. A rise in Chinese exports also would harm prospects for planned projects.

Securing supplies of two of these minerals, yttrium, used in laser targeting and weapons, and dysprosium, used in magnets for Tomahawk cruise missiles and Predator drones, was flagged as a priority by the U.S. Department of Defense in an October report to Congress.

As well as seeking to reduce environmental damage, China’s strategy also aims to husband supplies for domestic electronic industries. Costs are rising for Chinese producers as they adopt new standards and are now equal to those paid out by Lynas, the Sydney-based company said in a May 16 filing.

“The Chinese don’t want to see prices tank as they are going to see the greatest increases in the cost structure,” said John Mair, executive director of Greenland Minerals and Energy Ltd., seeking to produce rare earths, zinc and uranium in Greenland. “We are going to see a diversification of mines globally.”

–With assistance from Helen Yuan in Shanghai.

To contact the reporter on this story: David Stringer in Melbourne at dstringer3@bloomberg.net

To contact the editors responsible for this story: Jason Rogers at jrogers73@bloomberg.net