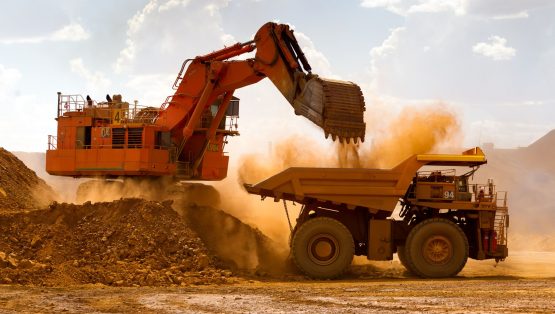 Iron ore fell to a two-month low in Singapore amid expectations for steeper cuts in Chinese steel production through the year-end.

The raw material that’s used to make steel is under mounting pressure — dropping around 15% in two weeks — as Beijing steps up measures to cut pollution from one of its dirtiest industries. Shagang Group, the world’s fourth largest steel mill, said this week that it’s curtailing production and overseas sales to comply with government efforts to cut emissions.

Beijing’s attempts to cap steel output below last year’s record high weren’t very successful in the first half, when production rose 12% from a year earlier. That’s raising expectations that activity will need to be restricted significantly through the end of the year. China unveiled more measures to curb overseas shipments this week, raising export tariffs on some steel materials and removing rebates on cold-rolled products.

On the supply side, Brazil’s Vale SA, the world’s second-biggest ore miner, said it’s confident of reaching its annual output guidance of 315 to 335 million tonnes despite recent disruptions.

In base metals markets, nickel and aluminium steadied as the dollar snapped a four-day decline, making commodities more expensive to other currency holders.

Nickel, used in stainless steel and electrical vehicles batteries, was little changed at $19,185 a ton on the London Metal Exchange. The metal has been inching closer to the $20,110 reached in February, the highest since 2014, amid surging demand. Aluminium steadied after its highest close since 2011.