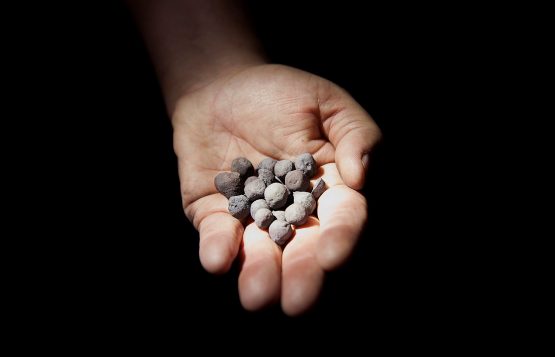 Iron ore’s descent into bear-market territory may herald further weakness, with Barclays Plc pinning the blame for the slide on lower steel demand in China driving a shift from mills toward lower-quality ore and raising the prospect of a drop into the $50s.

Ore with 62% content in Qingdao sank 6.8% to $75.45 a dry ton on Friday, according to Metal Bulletin. After three weeks of losses, the commodity has now erased all of this year’s gains and fallen more than 20% from a February 21 peak, meeting the common definition of a bear market. On Monday, futures in Dalian and Singapore extended declines.

Iron ore is in retreat after a procession of negative outlooks, with Barclays among banks saying that gains were unsustainable, along with Australia’s central bank and even some mining companies. There’s concern that curbs in China may hurt steel consumption in the top user, as well as forecasts that a further expansion in mine supplies from Brazil, Australia and China will undermine prices. Steel in China has also sagged.

“The weakness in prices was driven by a slackening in end-use steel demand,” Barclays analyst Dane Davis told Bloomberg in an email. “When that occurred, steel producers switched to lower-quality iron ores, which were in abundance,” said Davis, who’s been bearish on the outlook for months.

Miners’ climbed in Sydney even as the SGX AsiaClear contract fell for a third day, dipping below $72. BHP Billiton — targeted for an overhaul by Paul Elliott Singer’s Elliott Management Corp. — gained 4.6%, while Rio Tinto Group rose 1.4% and Fortescue Metals Group pared losses to trade little changed. BHP has cautioned in recent weeks that prices may retrace.

Australia’s government preceded the latest steep drop with its own warning. “Growing supply, primarily from Australia and Brazil, is expected to steadily outpace demand growth over the rest of 2017,” the Department of Industry, Innovation and Science said in a quarterly report released on Friday. Ore may slump to $55 in the final quarter, it said.

China has been tightening restrictions on its real-estate market in recent months after prices soared, clouding the outlook for construction steel, including reinforcement bar. Last month, the central bank asked banks in Beijing to scrutinize home loans to newly divorced couples and funding sources for borrowers, adding to other curbs.

Still, while prices have dropped, they remain well above levels seen 12 months ago. Iron ore surged more than 80% last year — in a rally that caught out many bears — as steel production and demand in China proved more resilient that expected.

“While some may label this a bear market, the reality is that prices are still 33% higher than they were this time last year and well above any levels seen since 2014,” Australia & New Zealand Banking Group said in a note on Monday. “The macro backdrop for iron ore is that after maintaining very loose monetary policy through 2014 and 2015, China has begun to tighten.”

Iron ore’s losses have also come as investors reassessed the ability of President Donald Trump’s administration to deliver on plans to overhaul US infrastructure. Initial enthusiasm about the drive in the top economy had helped iron ore to gain between November and February.

Among recent bearish forecasts, Reserve Bank of Australia Governor Philip Lowe said in February commodity prices were going to fall again, including iron ore. Capital Economics said in March there’s some doubt about China’s demand, and predicted a retreat to $45 by year-end.

Barclays’s Davis told Bloomberg in an interview in January that prices weren’t sustainable given the outlook for a rising supply and plateauing or weaker demand. At the weekend, he said of the recent losses: “Please note, we have been calling for this for a while.”