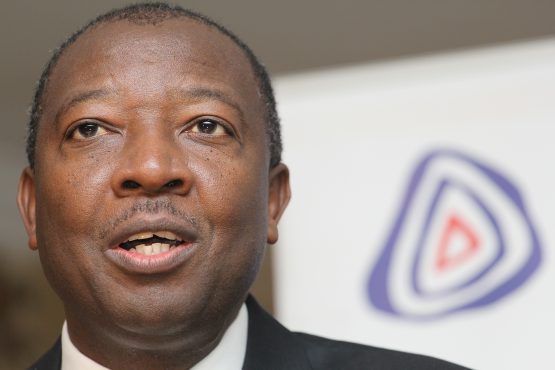 WARREN DICK: Good day. Joining me on the podcast today is the chief executive officer of Kumba Iron Ore, Norman Mbazima. Good to have you with us, Norman.

NORMAN MBAZIMA: Thank you very much, glad to be here Warren.

WARREN DICK: This was a very impressive result that you guys announced today. Obviously production had come down but headline earnings per share were up 20% to R9.41/share. Norman, I think if I’ve understood what you’ve done with the business over the last 18 months. Perhaps I could just summarise and say that you realised that you had to be able to deliver returns at $50/tonne in terms of the iron ore that Kumba sells.

Just take us through some of the things and some of the thinking that’s guided the company in the last 18 months and, from what we’ve seen, a lot of the positive results from today.

NORMAN MBAZIMA: Warren, these impressive results have not done us any favours in the recent few years. We were at $135/tonne in 2013 and now we’re talking about $52/tonne, and we’ve had to change our business. So what have we done? The first thing that we had to do was to restructure our business to make sure that we have the right number of people for what we need to do, and we’ve done that. We did it at head office, we did it at Thabazimbi, we did it at Sishen and Kolomela, and it’s now done.

Second, we had to look at our mine plants and see whether we could make them even better than where they were, especially at Sishen where we had very high strip pressures. So we have done that and we have seen the strip ratio at Sishen now reduce from 6 to 3.5.

Thirdly, we had to look at just our productivity, how well we do what we do every day in the mine, and introduce the operating model to make sure that efficiencies improve.

Fourthly, we had to look at technology and say how we can use technology to help things along. I’m pleased to say that if you go to Sishen and Kolomela today, you will see automatic drilling; you’ll see drill rigs drilling on their own without anybody being an operator or a helper being on them. So then all those things [are] to try and bring the costs down. And I’m pleased to say now our breaking-in price for this half was at $34/tonne from about $72/tonne before, and [we’re] therefore able to manage the lower prices that we expect to see.

WARREN DICK: Okay, that $34/tonne, as you say, is in the lower end of the guidance that you had given – between $32 and $40. Is it going to fall any further in the second half or are you kind of happy where it is at the moment?

NORMAN MBAZIMA: It will be under some pressure going forward. However, we expect that a better run-rate production in H2 will mean that if we hold our costs and our capital as we’ve done in the past, then we can see that we can still stay around $34 or even lower in the future.

WARREN DICK: The changes that you’ve initiated – it seems to me they’ve been very quick. As you mentioned, you’ve cut the cost from roughly double, even more than double, to where it is today, to the current cost. Have you delivered in your mind faster than you expected?

NORMAN MBAZIMA: I’m very pleased with the speed at which we’ve been able to deliver this thing. I can tell you that the prices have been tumbling down. At most times, I felt, oh, we’ve got this, we’re doing x, y and z and we’ll be able to manage, except towards the end of last year when they hit $38.50 and we still hadn’t done the work we’ve now done at Sishen. I was a bit nervous at that point in time. But now that we’ve done Sishen as well, I feel significantly more comfortable.

WARREN DICK: Just to get a sense of how quickly that’s changed, you’ve gone from a net-debt position. Obviously you did suspend the dividend last year, but you announced today that your balance sheet now has a net-cash position of $548m. You generated substantial free cash flow so investors would naturally be wanting to know – that impressive track record of dividends that Kumba had paid up until last year – when can they expect to see a dividend, Mr Mbazima?

NORMAN MBAZIMA: [Chuckles] I want to tell you that I’m an investor in Kumba and hold a considerable number of shares, and therefore I share in their desire to have a dividend made up of Kumba. We do not keep other policy, we do not keep excess cash on the balance sheet, and if we are cash-generative in the second half, as we have been – and there’s no reason other than prices to believe that we won’t be – then we will have quite a bit of cash on the balance sheet and I’m sure that the directors will wish to look very closely at whether we can distribute some of that.

WARREN DICK: Just coming back to the production, Mr Mbazima, the idea with this being able to drop the cost has obviously had an effect on the production. For the period to the six months ending June was down 21%. Just give us an idea between Sishen and Kolomela what you expect the production levels to be on an annualised basis going forward from here.

NORMAN MBAZIMA: Let’s start with Kolomela because it’s quite steady at the moment. I expect it to produce 12 million this year and to move to 30 million next year and hold it at that level for the remainder of the life of mine. Sishen is something that we have, as you said, reconfigured significantly in this period. All the plans that were put together indicate that a production rate of about 27 million is appropriate for Sishen going forward. But there are more opportunities for optimisation in Sishen than there will be in Kolomela, given what I’ve just said, so you can expect that will be around the 27 million mark with a little bit of upside in later years.

WARREN DICK: Then just one last question. Obviously you’ve decided to depart. You’ll be handing over the reins of Kumba at the end of August to focus on your activities in your role as deputy chairman of Anglo American South Africa, as I understand it. You’ve been running this business for four years. Just tell us some of the thinking behind that and why you’ve decided to step aside at this point in time.

I would like to leave this programme at a stage where South Africa, represented by a government or so forth, is happy about what has happened, is sure that there will be growth in the mining industry, even after we’ve disposed of some of these assets, and that Anglo is a good corporate citizen in South Africa in the manner that it has done this, and in the remaining assets that it will be managing thereafter. So I think that’s a complex thing and requires time and dedication to be able to do, and I think my background decides that people believe I can do a good job of it.

WARREN DICK: Absolutely, I think that insight as head of Kumba and your previous role as head of Anglo Coal will definitely help in that role. So we wish you everything of the best, Norman, and we look forward to engaging with you in the future.

NORMAN MBAZIMA: Thank you very much. I look forward to that, Warren.