The company is driving the biggest exploration programme in Southern Africa.
/  15 September 2017 11:21

WARREN THOMPSON: Joining me on the podcast today is the CEO and MD of Orion Minerals, Errol Smart. Good to have you with us, Errol.

ERROL SMART: Hi, Warren thanks for having me.

WARREN THOMPSON: Orion Minerals has decided to take a secondary listing on the JSE and you’re going to be listing on Monday September 18 and it’s all in aid of this development of the Prieska deposit, which is a copper and zinc deposit in the Northern Cape, as I understand it, tell us a little bit more about that.

ERROL SMART: Warren, I’ve been travelling the world for the last ten years looking for exceptional mineral deposits and I’m like a kid in a candy store because I’m finally back home in my own backyard and I found one of the best mineral deposits that I’ve seen. It was originally a copper deposit, it was discovered by Anglovaal in 1968, with two-and-a-half kilometres of strike, nine metres average width on surface, uninterrupted ore body. It was so good that by 1969 they had made the decision to build what was at the time the largest mechanised underground mining operation in the Southern Hemisphere. They built it by 1971, it was coming online and it operated successfully until 1991. When they shut it down there were a variety of reasons why it needed to shut down, largely because it needed recapitalisation because the ore body had now rotated around from being sub-vertical to sub-horizontal in a syncline. So it needed a new style of mining, a new mining method and it needed recapitalising and, as we know, in the ‘80s South Africa was a very tough environment, it was still apartheid and sanctions and it was difficult to raise capital to do something like that.

As a result, the mine was shut in 1991 with a lot of ore remaining and this is ore that was estimated by the father of geostatistical information, Danie Krige. So we all know the name kriging and we see it every day but this is where a lot geostatistics and kriging was developed. So we’ve got a lot of comfort from the provenance of the data, we know that there is 182 drill holes drilled by one of the leading mine operators in South Africa at the time and estimated by one of the best operators. We know the metallurgy, it’s exceptional metallurgy and metallurgical performance for the whole life of mine, it produced an exceptional quality concentrate, it’s a very clean concentrate, none of the toxic elements that very often go with these things and being Anglovaal in those days, a typical South African large mining house they didn’t spare the book, they spent an enormous amount of money putting in services and infrastructure.

WARREN THOMPSON: So what happens now, you’re going to raise some money on the secondary listing and how do you anticipate the project is going to develop?

ERROL SMART: With the secondary listing, what it was really focused on first of all is we do have nearly 9% of our register, and we are listed on the main board ASX, held by South Africans with South African Reserve Bank approval. That came about as part of the acquisition process. Now, those South Africans, many of them would like to increase their rights in time to come and the only way that we could achieve that and really not disenfranchise those shareholders was to give them the opportunity to be able to invest on the Johannesburg Stock Exchange.

The JSE has recognised the need for this and I think a lot of the mining industry does have this requirement, so they have put in place this fast track secondary listing procedure and it’s been very efficient. We will be using that to list, our shares will be listed on both exchanges, it’s fully fungible, international traders can trade both the JSE and the ASX. But South Africans can trade their shares on the South African exchange and they can follow their option rights. Over the next couple of months we will be doing an international roadshow and we have the intention of raising some further capital and that gives the South Africans an opportunity to participate. In particular, as we all know, there are trapped funds in South Africa, there’s parastatal finance institutions, there’s local institutions that have money here that can’t participate offshore, so that opens the door for them to participate here now.

WARREN THOMPSON: Very briefly give us the parameters of the project, how long is it going to take to develop and when do you expect to see the first cash flows?

WARREN THOMPSON: Okay, so not too far away. That’s pretty close.

ERROL SMART: It is, with our cornerstone investors Tembo behind us, and really having given us the financial ability, we have probably mobilised the most intensive exploration project running in Southern Africa at the moment. We’ve got 14 drilling rigs operating on site at the moment, it’s the biggest drilling programme being run definitely in South Africa but probably anywhere in Southern Africa. We’ve got professionals all over the place, engineers, geo technicians, environmentalists, heritage surveys, corporate social responsibility groups working with the Prieska community and everything is going at a very fast pace to achieve full JORC drill out and bankable feasibility study in a very short timeframe. So our investors’ money goes into the ground, instead of treading water and operating very slowly our efficiency in capital deployment is exceptional.

WARREN THOMPSON: One last question, Errol, how many of these – let’s call them legacy exploration, well, this was actually an operating mine but these mining houses went crazy with exploration and development, as you’ve alluded to, years back and times change and commodity prices move and the cost curve in an industry rises and it makes some of these projects feasible again, is this the beginning of a trend where you are going to see a lot of companies going back and picking up these old assets and dusting off these old files and looking to see whether these projects can either resume or if they were exploration continue along the development curve?

ERROL SMART: Warren, in South Africa if our legislative situation improves there will be a flood of foreign investment into South Africa because we do have exceptional geological opportunities, we’ve got exceptional professional skills available, the services are available here and we do have really great known deposits that are sitting dormant. All we need is a very strong operational legislative situation. So we really hope that the powers that be do the right thing by the industry and by South Africa and actually open those doors because there is a lot of money waiting to come here and people are watching very carefully to see what we manage to achieve.

WARREN THOMPSON: Best of luck, Errol, we hope to speak to you obviously next week at the listing but that’s great that we’re going to be creating jobs and getting a project underway and obviously for the government it’s going to result in tax revenues, which we desperately need, so all the best in that endeavour.

WARREN THOMPSON: That was Errol Smart, the CEO and MD of Orion Minerals. 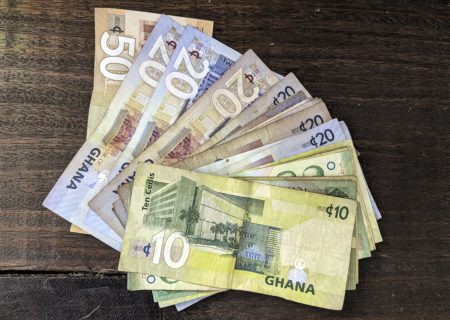