While Northam’s R17 billion offer is a 90% premium to where RBPlat was trading when Implats announced talks last month, it excludes minority investors.
By Felix Njini and Loni Prinsloo, Bloomberg 10 Nov 2021  12:38 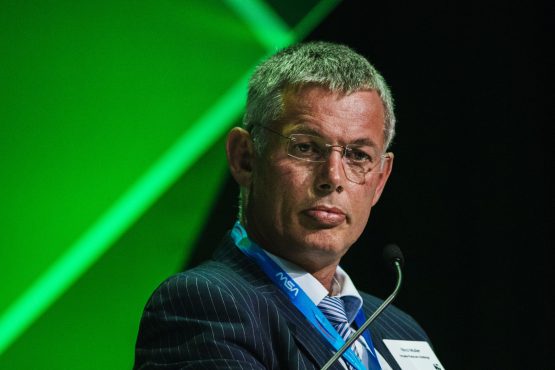 Impala Platinum Holdings’s decade-long quest to buy a smaller rival that owns assets key to prolonging the life of its own mines in South Africa came to a shuddering halt on Tuesday.

Chief Executive Officer Nico Muller thought he finally had a deal to acquire 100% of Royal Bafokeng Platinum, after gaining the backing of the company’s management and board. Implats, as the miner is known, was preparing to make an offer this week after announcing it was in talks on October 27, according to people familiar with the matter.

But a 4.1% gain on Monday in RBPlat — which was until then mirroring Implats’ share moves since the announcement — aroused suspicions that a rival was circling, the people said, asking not to be identified as the details are private.

The company’s fears were realised on Tuesday morning, when Northam said it was buying a 32.8% stake in RBPlat, potentially blocking Implats’ at least sixth attempt to acquire the company. RBPlat’s biggest shareholder Royal Bafokeng Holdings — the investment arm of the Bafokeng nation that’s led by King Kgosi Leruo Molotlegi and his advisers — switched sides at the last minute to back a bid for its stake from Northam.

While Northam’s R17 billion offer is a 90% premium to where RBPlat was trading when Implats announced talks last month, it excludes minority investors.

“The tragedy of this outcome is that just about everyone is a loser,” said Shane Watkins, chief investment officer for All Weather Capital Ltd., which holds shares in all three companies. “RBPlat minorities are losers because there is now no offer for the minorities. Even the seller, the Royal Bafokeng Holdings might be losers in time because a large part of the consideration is in Northam shares, the price of which are falling quickly.”

Since being thwarted in its 2010 attempt to acquire RBPlat by rival Anglo American Platinum — a key shareholder at the time — Implats has been patient in its pursuit. The prize was worth waiting for: low-cost, mechanised assets that offered synergies with its nearby but aging deep-level mines in Rustenburg. Two weeks ago Implats was finally nearing a deal that would have seen it overtake both Anglo Platinum and Sibanye Stillwater to become the No. 1 platinum miner.

Muller was preparing a cash and share offer with a 35% to 37% premium to where RBPlat shares were trading before the talks were announced, said the people. That equates to about R130 a share, significantly below Northam’s last-minute bid of R180.50 in cash and shares.

While initially supporting the Implats approach, the Bafokeng king and supreme council agreed on Monday to back the bid from Northam. That deal was completed in a day, two of the people said.

Royal Bafokeng Holdings wanted to maximise value “both in terms of the price and cash consideration,” CEO Albertinah Kekana said. “This transaction both advances and accelerates the Royal Bafokeng Holding’s economic ambitions, but also supports direct community interventions,” she said.

The Bafokeng nation, a community of people in South Africa’s North West Province, owned about R29 billion of assets in 2020, including some of the world’s richest platinum deposits.

RBPlat was blindsided. This turn of events is “unexpected” and “the reasons are best known to” Royal Bafokeng Holding, said spokeswoman Lindiwe Montshiwagae, who declined to speculate on why the company’s biggest investor changed tack.

The deal furthers the growth ambitions of Northam CEO Paul Dunne, with the company saying the RBPlat stake provides a “strategic platform” for a possible combination of the two miners in the medium term.

However, Dominic O’Kane, an analyst at JPMorgan Chase & Co., said the mining synergies with RBPlat are “negligible,” and Northam’s deal has less compelling strategic merits than an Implats-RBPlats merger. “Given the lack of tangible value creation opportunities for Northam shareholders, this optically appears to be expensive portfolio management,” he said.

Leon Van Schalkwyk, a spokesman for Northam, didn’t respond to calls and an email seeking comment. Implats will no longer be “pursuing the transaction,” the company said in a statement on Tuesday.