The focus on a premium product and the move to integrate its sales and production functions were at the core of achieving higher prices, says Kumba CEO. Picture: Waldo Swiegers, Bloomberg

Anglo American subsidiary Kumba Iron Ore, not to be upstaged by its sister company Anglo American Platinum (Amplats), also announced a remarkable increase in earnings for the six months to the end of June.

Read: Amplats continues on the path to recovery

Earnings of just less than R13.2 billion in the first half of the current financial year comfortably exceeded the R12.6 billion earned in the whole of the previous year.

At the announcement of the results in Johannesburg on Monday, Kumba CEO Themba Mkhwanazi remarked that the exceptional financial performance proved the success of the company’s “value-over-volume strategy” of the last few years.

Kumba consciously focused on producing iron of a higher quality to benefit from higher prices rather than digging out everything it could and dumping it onto the Saldanha-bound train. Producing a higher percentage of lumps of iron ore compared to fine iron over the last few years has seen Kumba benefitting from the premium paid in the market for lump ore.

In addition, Kumba enjoyed the highest market prices for iron ore in more than a decade. Average prices during the last six months increased by 31% as measured by an international index of iron ore prices.

Kumba saw the price of its exports increase to an average of $108 per ton free on board in Saldanha Bay compared to $69 per ton in the first half of the previous financial year. At the same time, export tonnage increased to 19.8 million tons from 19.5 million tons in the comparable period.

Mkhwanazi says prices have increased even further in the last month. “But we are not resting on our laurels – we seek to continue to improve our reliability and productivity further.”

Operating figures show that Kumba could have performed even better if it had more iron ore to export. Production volume decreased by 11% compared to a year ago due to unscheduled plant maintenance at its Sishen mine when excavation equipment and the primary crushing plant and conveyor system needed repairs. The normal maintenance work on its huge shovelling equipment which was scheduled for later in the year also added to the bill.

Mkhwanazi assured investors during a presentation that Kumba will reach its original sales target of between 43 and 44 million tons for the full financial year after it was reduced earlier by about a million tons when production problems at Sishen surfaced.

This target compares to the 21.4 million tons that Kumba produced and sold in the first half.

As with all SA mining companies, Kumba benefitted handsomely as a result of the fall in the value of the rand against international currencies. Kumba disclosed that it achieved an average exchange rate of R14.20 per dollar compared to R12.30 in the first half of the previous year.

Mkhwanazi is adamant that Kumba is not relying solely on a buoyant market and a weak rand.

The focus on a premium product and the move to integrate its sales and production functions were at the core of achieving higher prices, while margins are improving thanks to better efficiencies and strict cost control.

Prospects for iron ore prices also seem set to remain rosy. Supply by some of the largest iron ore producers declined somewhat in the last six months due to problems at mines in Australia and Brazil. Kumba estimates that Australian mines belonging to Rio Tinto and BHP Billiton decreased by about 11 million tons in total, equal to around 4% of world supply.

Meanwhile, demand from China remains high following the Chinese government’s incentives to stimulate its economy to counter the effects of the trade war with the US. According to Kumba, steel demand increased 10% when economic stimulus increased property development and spending on infrastructure.

“Stocks of iron ore at 45 harbours in China have decreased to the lowest level since 2016, which bodes well for iron ore prices going forward,” says Mkhwanazi.

Kumba declared an interim dividend of R30.79 per share compared to R14.51 last year. This dividend exceeds Kumba’s policy to pay a dividend of between 50% and 75% of earnings, but the board of directors felt the company has enough cash and elected to add an extra R7.16 to the dividend.

The company indeed has enough cash. After handing over nearly R3 billion in tax, spending R2.2 billion on new equipment and ongoing exploration projects, paying the previous year’s final dividend of R6.6 billion and some other odds and ends, it had nearly R7.4 billion left.

The change in Kumba’s fortunes have not gone unnoticed. The share price has advanced more than 1 500% over the last few years, from below R29 in 2015 to the current R472.

This represents a dividend yield of around 13% if Kumba can produce a dividend of another R30 per share in the second six months.

It is difficult to believe this is the same company of 10 years ago, when Kumba saw some of the minerals rights attached to its Sishen mine stolen from under its nose. At the time, during changes in mining legislation, a politically connected grouping convinced the Department of Mineral Resources to register the mineral rights in its name.

The rights were only returned after six years of legal wrangles which were eventually settled by the Constitutional Court. 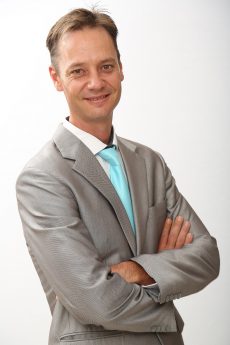 Suren Naidoo / 28 Jan 2020
ANC proposal to reduce the power of the courts described as a 'risky' and 'dangerous' move.
71