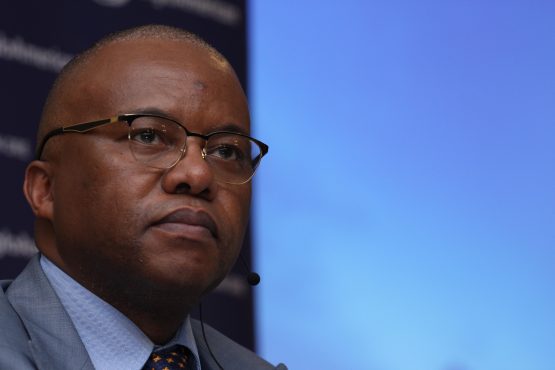 In a market hungry for good news, Kumba delivered – with profit up 75%, turnover up 40% and return on capital employed up 83% for the year to December 2019.

The iron ore producer was gifted a weak rand and a 35% better product price on the previous year, coming in just a shade below $97.40 a ton for 2019. In virtually all respects, it was a year for the record books, although export sales remained flat at 40 million tons.

Kumba’s focus during the year was on keeping costs under control, improving the quality of product and extending life of mine beyond 20 years. The break-even price of $45 per ton was about 10% higher than in 2018. Tallied against the roughly 40% growth in revenue, this fed through to the bottom line in the form of strong margin and profit growth.

International steel prices were helped by a tailings dam collapse near the Córrego do Feijão iron ore mine in Brazil, and Tropical Cyclone Veronica which hit producers in Western Australia in March last year.

Read: It’s good to be a miner again

The impact of the Coronavirus outbreak in China came after the financial year-end, so it remains to be seen how quickly the Chinese economy recovers. Iron ore prices have softened in recent weeks to around $80 per ton, though sales volumes have not as yet been affected.

Steel mills in China have maintained production in the belief that the impact of the virus will be short-lived, and likely to lead to a strong bounce-back in demand. That is becoming less certain with each new daily count of virus fatalities, which now number close to 2 000.

Despite this, Kumba CEO Themba Mkhwanazi says the group expects a modest increase in export sales to between 41.5 and 42.5 megatons in the 2020 financial year, notwithstanding any shocks that might arise as a result of the virus and lower sales to one of its major clients, ArcelorMittal.

“Our financial performance reflects the benefits of higher iron ore prices, improved efficiencies and further cost savings ahead of our target, which have cushioned the impact of the operational challenges experienced during the period,” said Mkhwanazi at the results presentation in Johannesburg on Tuesday.

A key ingredient in the record results just announced was a multi-year focus on improving product quality to attract premium prices, and 2019 cost savings of R920 million, more than a third of which came from better mining efficiencies.

Kumba plans to increase savings to R960 million in the current year, with a target of R2.6 billion by 2022.

Earnings before interest, tax, depreciation and amortisation (Ebitda) was up by 62% to R33.4 billion for the year. The Ebitda margin increased to 52% and cash flow from operations was up 79% to R34.7 billion. This allowed the board to declare a final cash dividend of R15.99 per share, making a total of R46.78 for the year.

This represents a total payout ratio of 92% of headline earnings per share for 2019, in excess of its 50% to 75% dividend payout policy.

Most of the rail hiccups associated with shipping product from the Northern Cape to Saldanha Bay that affected sales volumes in prior years appear to have been ironed out, though Kumba believes further efficiencies can be extracted from the port at Saldanha Bay.

Here are the key figures: