Light at the end of the tunnel 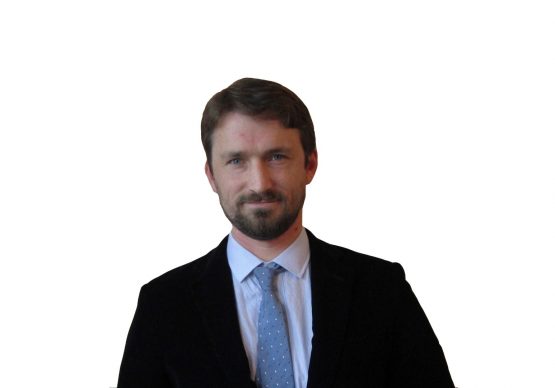 These are Kip Keen’s prepared remarks as the keynote speaker at Mexican Roundup in Hermosillo, Mexico:

Thank you Jackie Stephens, Mexican Roundup and GlobeXplore for having me.

I’m going to talk about the state of the mining industry.

I promise, at least in the end, this won’t sound like a eulogy, at least as far as juniors are concerned.

But first: What a year it’s been.

Just when you thought the mining sector, as a whole, had suffered its worst blows halfway through the year, 2014, it took some more.

By mid last year we had already been through a wave of impairments taken after overpriced boomtime acquisitions – Kinross on Redback Mining and Fruta del Norte; Barrick on Pascua; and so on.

Gold had done its collapsing in 2013 as ETFs sold off and fewer, at least Western buyers, stopped worrying about impending hyper-inflation.

As it turned out the worst wasn’t over.

Iron ore prices resumed freefall as the low cost diversified producers – expanding supply – slugged it out for market share against the high-cost Chinese iron ore miners, all the while steel demand faltered.

Still a vexing situation, that.

Prices sank below $50/tonne for iron ore this year for the first time in half a decade. The big miners – BHP, Rio, Vale – had expected the price to fall, but not so hard and not so fast.

Meantime, a mixed blessing for miners, the oil price collapsed, again harder and faster than anyone expected.

For a few diversified miners – Freeport especially – it was a direct hit, eroding the profitability of their energy division.

Low oil prices are padding balance sheets where the cost of diesel isn’t fixed. But then the rout in oil also precipitated the rout in copper that came shortly thereafter.

Copper prices headed from the low $3/lb level late last year to under 2-and-a-half dollars a pound this year as traders in Asia decided – shortsightedly I’d say – that it was time for the next big high flying commodity to go.

Copper under $3 is a blow, challenging conventional analysis that 3 dollars a pound is a floor for Dr. Copper.

Again the miners – diversifieds especially and of course the base metal guys – took another beating. Long standing dividends – BHP’s notably – are now in question and debt loads are going to be hard to tackle.

Then there was gold.

Relatively speaking the price of gold – which defines the junior market – has performed remarkably well, even rising year over year, and showing that it’s not a commodity – or a regular commodity – but a form of money without counterparty risk.

Goldman Sachs didn’t get their $1,050/oz call. Instead the price of gold broke $1,300/oz earlier this year, retracing a bit thereafter.

ETF selling has been minimal as it appears paper gold owners are now, mostly, in the money and happy to hold.

Meantime, gold demand is still strong. Really 2014 was only second to the banner year in 2013 with Chinese demand booming. Central banks are buying again.

And then gold supply is topping out with mine growth stagnant at current prices with low discovery rates to boot and majors cutting back on capital expenditures.

So the resilience in the price of gold in 2014 set the stage for a New Year rally in gold miners – majors and juniors.

Even poor old Barrick gained a little for a while. Goldcorp zoomed, showing free cash and a decent growth profile gets a premium in the market.

Now I don’t know how much gas, if any, is left in gold’s possible turnaround.

But so far the resilience has done more than insulate gold miners and juniors from the widespread bottoming in the mining sector.

Indeed, it’s allowed for some of the opposite.

In the past half year or so the intermediates and juniors especially have done some important work.

Recently there has been a surge in financings and M&A in decent deals, more so than at any other time since 2011 when the junior market started to decline and fall into a funk that has seemed intractable.

I don’t want to overstate the case. It’s not time to do so. I realize that spending on exploration and drill programs remains very light and it’s hard to raise cash, still, for explorers.

But then it’s also hard to deny the decent activity higher up the food chain that speaks to a greater comfort for risk taking through acquisition and even some hunger for new junior paper.

Let’s follow the money for a moment with a shortlist of deals that have happened in the past year or so – most within the last few months.

~$3.5 billion – Agnico Eagle and Yamana beat out Goldcorp for Osisko and its Canadian Malartic gold mine in Canada. Osisko then spins out into Osisko Royalties with an NSR on Malartic and its other assets.

~$500 million – Goldcorp buys Probe Mines for its 2 million ounces or so in underground resources in the Porcupine district in Canada. Here Goldcorp’s paying north of $200/oz – M&I resource – in this deal. Been a while since you’ve seen such a high raw per ounce valuation like that. Go back to 2011. Goldcorp simply likes the property that much.

~$300 million – Centerra JVs with Premier Gold Mines to advance its Trans-Canada project in Ontario, hugely derisking Premier development’s path, and getting Centerra a foothold in a more stable district, as it otherwise mines in Mongolia and the Kyrgyz Republic. Centerra’s interested, as others increasingly, in funding stable districts. Certainly an emerging strategy for miners.

~$1.3 billion – Tahoe, which operates the Escobal silver mine in Guatemala – world class this – buys Rio Alto for its gold mine and projects in Peru. Rio Alto shareholders should be pretty happy about this. Its shorter life assets are getting a premium as Tahoe wants to diversify project wise. Peru is better than Guatemala and it’s paying so.

Now to recent financings in the gold sector.

Just in the past couple months we’ve seen about a billion raised by gold juniors.

It funds the Haile gold project in North Carolina, a pretty nice looking deposit that struggled through federal permitting but in the end got there. They should be producing in 18 months or so. Again, funded, importantly, through equity.

Osisko Royalties. It raises C$200 million to add to its cash pile simply to make acquisitions. Recall here, Osisko has had a strong interest in Mexico, with Guerrero state projects.

I wonder what they’re looking at next? Another NSR? Gold streaming? Outright projects? Who knows…?

Richmont Mines: ~C$34 million – that was raised to drive underground workings into a very nice looking high grade gold extension at its Island gold mine in Ontario. This one is company changing stuff that has elicited true market excitement.

Lydian International: ~C$17 million that keeps the lights on its amulsar project in Armenia as it tests permitting for an open pit operation there. We’ll see, but it looks possible.

Again – all these financings came in the past two or so months. It may not continue apace, but still.

Taking the deal flow overall, I think it’s fair to say the juniors, especially in precious metals, have regained some footing.

I’m not touting an impending meteoric rise in the junior market. I just don’t know if or when that will come.

I view the deal making as psychologically important. It’s validating the whole point of this exercise of finding stuff in the ground, selling it, and in doing so making people money. Really.

The important aspect of the recent acquisitions and even the always dilutive financings is that shareholders aren’t getting scalped.

This is not vulture stuff.

The prices paid have often been palatable or even quite good.

It’s a slightly different narrative I think than the morose one so often heard to describe junior events in the past few years.

A mine is being built in the states, and largely funded on equity markets.

Junior-slash-intermediates are combining and buying and doing so with relatively strong shareprices. Using premiums.

It’s not parabolic move by the market. But it’s good.

Hopefully more money comes and more money trickles done to spur more deal flow, especially for explorers. At the very least, I’m hopeful it will be less bad in the coming year or so down the junior food chain.

We often hear about catalysts. What will catalyze the market to take off. A major discovery. The gold price. A surge in M&A.

Indeed, no one catalyst suffices.

But all these factors are additive and build confidence within the market. More of that is now happening.

The sector is beginning to show a willingness to take more risk. To buy more junior paper. To fund a mine. To pay back debt, being supportive of the sector in doing so.

The miners are buying and the assets aren’t going in liquidation. This isn’t a junior fire sale.