Mining Indaba: South African lawmakers get schooled by the masters

Resource nationalism, once an anti-mining rallying cry across the continent, has now given way to a kinder, more accommodative approach by governments from Zambia to Ghana.
By Ciaran Ryan 11 May 2022  00:01 Zambian President Hakainde Hichilema is on a mission to win back mining investors chased away by his predecessor’s disastrous policies. Image: Patrick Meinhardt/Getty Images

For a country once rated as a global mining titan, South Africa has slipped a long way: from 60th on the Fraser Index in 2020 to 75th out of 84 mining jurisdictions in 2022.

That’s taking up residence alongside some dodgy neighbours such as Venezuela, Kyrgystan, China and Mali.

At the Mining Indaba in Cape Town this week, SA received some lessons in resource nationalism from the likes of Zambia, Ghana and Saudi Arabia. Those lessons may help turn around SA’s decades-long descent into investment pariah.

Resource nationalism used to be a rallying cry for the anti-mining lobby, and was seen as a necessary if unfortunate brake on the more rapacious tendencies of the sector. This year’s Indaba has shown how far the sector has come.

“The mining industry has been at ESG [environment, social and governance factors] for a while, it’s that some investors have just discovered it,” said Mark Bristow, CEO of Barrick Gold, the world’s second largest gold producer.

Bristow is a product of the South African mining sector, now plying his craft abroad. 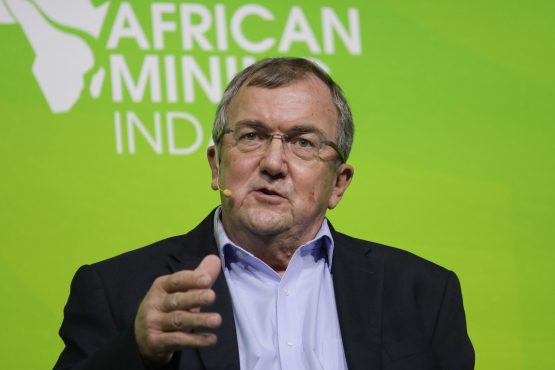 “We’re not advocating strongly [enough] for mining,” he told delegates at the Indaba.

“Many in the developed world feel they can do without mining, yet I don’t see many of them tossing their iPhones in the bin.”

“Zambia is known for its peace. We’ve changed five or six presidents [peaceably]. We have a stable environment, and investors can rest assured that their investments are safe. As a government we looked at impediments to investment and complaints and addressed them.”

One of the first reforms of the current Zambian government was to deduct mining royalties for tax purposes.

Resource nationalism was a hallmark of Zambia’s previous president, Edgar Lungu, who saw miners as adversaries siphoning $3 billion a year in “illicit financial flows”, according to Financial Times.

He imposed an extraordinary $7.9 billion bill on First Quantum Minerals for unpaid tax, attempted to remove Vedanta from Konkola Copper Mines, and choked foreign investment into the mining sector.

Current Zambian President Hakainde Hichilema, who defeated Lungu in a landslide victory last year, made it his mission to win back mining investors chased away by his predecessor’s disastrous policies.

Africa’s second largest copper producer had seen a steady deterioration in the mining investment climate under Lungu, who presided over a drop in not just investment, but also saw lower copper production and reduced government receipts.

“If he can get this right, then the Zambian Copperbelt can be competitive once more, and can become a hive of global mining activity, creating jobs,” says S&P Global.

What’s needed to restore investor confidence in mining is a stable and predictable regime in terms of regulations and taxes, said Kabuswe. “You can’t have a policy framework that changes every five years.”

Another key platform of the new government in Zambia is zero tolerance for corruption.

Ghana’s minister for lands and national resources, Samuel Jinapor, said it is remarkable that some of the world’s richest countries in terms of resources are also the poorest – and heavily concentrated in Africa.

Among the mistakes made by resource-rich countries were negotiating with large mining companies to the detriment of the country, and lack of insistence on adding value to mineral exports. Within five years, the country will prohibit the export of bauxite, a key input in aluminium production, without significant value add, said Jinapor.

Ghana has extensive reserves of bauxite in the Atewa Forest area, which is worth eight times more in a refined as opposed to raw state.

It’s vital, said Jinapor, to engage with all stakeholders in good faith when setting government policy. “We engage with the miners. We adopted a multi-lateral approach, and that means consulting with the Ghana Chamber of Mines. We don’t make decisions in isolation.”

Daniel Litvin, MD of energy and mining group Critical Resource, advised miners to “mend the roof before the storm hits” – in other words, address thorny issues with host country governments before they become more serious.

“That can backfire. The lesson from the oil industry in the 1960s and 1970s when oil companies were booted out of Middle Eastern countries and have yet to return, is that once you are booted out, you might be out for a generation.”

Saudi Arabian vice-minister for mining affairs, Khalid Saleh Al-Mudaifer, told the Indaba that a transparent licensing process and security of tenure for prospectors is essential to building confidence in investors and attracting capital.

Is SA ready to learn?

All this mining wisdom was delivered on SA’s doorstep.

SA Minister of Mineral, Resources and Energy Gwede Mantashe has announced a commitment to a 60-day turnaround for self-generation licences for renewable energy, but he also acknowledged that these approvals are being held back by the slow approvals from other departments on which final approval of licences is dependent.

Peter Leon, partner at law firm Herbert Smith Freehills, says Mantashe should announce mandatory time limits for granting mining and exploration licences, as is done in Botswana and Saudi Arabia, and adopt an off-the-shelf mineral licensing system that has been tried and tested in other countries.

“A mine is a hole in the ground with a liar on top.” – Mark Twain

If a mine is nothing more than a hole in the ground, then a farm is just a hole in the bank account. Socialist African nations are constantly trying to expropriate, nationalize, confiscate, and tax these properties while chasing the mirage of “equitable redistribution of the natural resources”.

In the end, the “people” will sit with the holes after the investors and entrepreneurs, who were able to add value to those holes, have left for greener pastures.