Mining tax provisions have not kept up with the industry 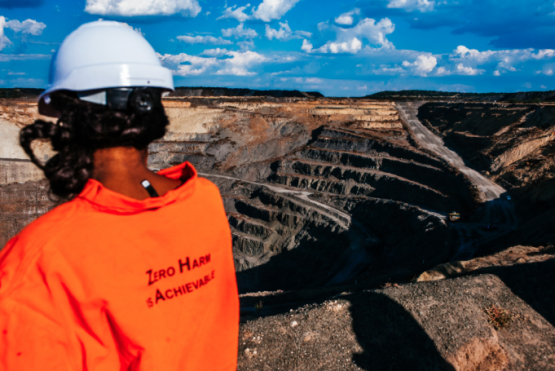 The definition of 'mining operations' needs to be clear since it determines whether a company is entitled to claim capex deductions from Sars. Image: Bloomberg

A recent judgment in the Supreme Court of Appeal (SCA) on mining operations and the right to claim the full deduction of capital expenditure on equipment, in favour of the taxpayer, highlighted the need for amendments to the Income Tax Act.

The appeal was brought by contract miner Benhaus after the South African Revenue Service (Sars) issued additional assessments on the basis that the company was not engaged in mining. Current mining tax legislation does not deal specifically with contract mining.

“This is pivotal in deciding which mining industry players can qualify for certain tax allowances and which cannot.”

From 1998, Sars assessed Benhaus for income tax on the basis that it derived its income from mining operations.

However, in September 2013 it issued additional assessments for the 2005 to 2009 tax years on the basis that Benhaus was not a mining company and was therefore not entitled to the full capital expenditure deductions.

The company objected to the assessments, but its objection was not upheld. It appealed to the tax court, which dismissed the appeal. Benhaus then appealed to the SCA, which upheld its appeal. The judgment was published earlier this year.

Benhaus enters into contracts with companies holding the mining rights with the aim of extracting mineral-bearing ore on behalf of these companies in return for a fee.

In the SCA judgment, it is noted that the act defines “mining operations” and “mining” as “every method or process by which any mineral is won from the soil or from any substance or constituent thereof”.

De Jager says the question is whether Benhaus, which extracts the mineral, and the company holding the mining rights, which processes the mineral, are both involved in mining operations.

There is a thin line between conducting mining operations as defined in the act, and manufacturing, which does not qualify for the full capital expenditure allowance.

“One needs clarity on that because the mining company processing the mineral could argue that it is conducting mining operations,” says De Jager.

If is found not to be, it is not entitled to claim the capital expenditure deductions – and the capex involved in processing minerals is significant.

According to the SCA the reason for affording miners the right to claim the amount of capital expenditure actually incurred, instead of the asset being depreciated over time (as would be the case in other industries), is to lessen the impact of deriving little or no income while the mine is being established.

In the Benhaus case Sars placed much emphasis on the difference between mine operations that take considerable time to generate income, and contract miners that earn a fee as soon as they produce the mineral-bearing ore for the client.

In the Benhaus case the appeal court stated that the company holding the mining rights is not required to spend funds on any equipment for the purpose of mining.

“Any possibility that both client and miner would be entitled to the special deductions given for miners is remote,” the court found.

It further stated that it did not matter that the miner is paid a fee for delivering the – in this instance – chrome-bearing ore to the client; that is the work from which it earns its income.

“It is of no relevance that the contract miner immediately begins to earn an income from mining, and does not have to wait for the mine to produce over many years.”

Keith Engel, CEO of the South African Institute of Tax Professionals, says contract mining is a legitimate business practice undertaken without regard to tax.

Intention behind the incentive

“The policy issue here is not simply about taxpayers winning or Sars collecting – the question is what are we trying to incentivise, and for what reason.”

In a concurring opinion, appeal Judge Baratang Mocumie noted that in terms of existing case law miners and contract miners are equally entitled to benefit from the capital expenditure scheme.

“However, in my view, the scheme was designed to incentivise mining as opposed to components thereof which is what contract miners do.”

She said that as long as there is no clear and unambiguous definition of mining, the “class not intended to benefit from the dispensation will continue to benefit … which is clearly to the detriment of the fiscus coffers”.

Engel says the current discussions are premised on the assumption that all aspects of the current mining tax dispensation are an “illegitimate give-away” by the state that seemingly needs to be curtailed at a time when the industry is riddled with regulatory uncertainty.

De Jager refers to the Davis Tax Committee’s final report on hard-rock mining and its recommendation that legislative provisions on mining tax be revisited, especially in relation to mining contractors, which is not covered in the initial provisions.

Wow… companies opt for contract miners, so they can skirt some of the full blown employee labour issues… If you take the tax break away, contractors, raise prices per tonne, means less mining and less jobs… I though job creation is our number one priority?

And have any of the folk giving their opinions ever been to a mine? The contract miner spends a vast amount on really large machines before the can dig up a single body of ore.

Also processing plant for mined ore cannot be funded by smaller mines through debt. Lenders fund yellow metal not plant. So the processor of the raw ore spends a great deal of out of pocket equity. Eskom/Nersa: yet another day in court