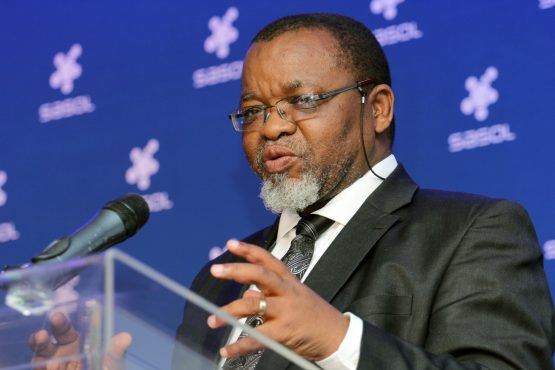 Mines minister Gwede Mantashe (pictured) has the mess of his predecessor Jeff Radebe to ravage through. Picture: Moneyweb

Mines minister Gwede Mantashe has had energy added to his portfolio as part of President Cyril Ramaphosa’s cabinet downsizing.

He’s got his work cut out for him, having been handed a hospital pass by his predecessor as energy minister, Jeff Radebe, the president’s brother-in-law.

One of Mantashe’s first jobs, no doubt, will be to steady the chaotic South African Nuclear Energy Corporation (Necsa), which has burned through six CEOs and two chairmen in seven months. The company is wracked by governance lapses and no less than three shutdowns of the radiochemical facility in less than two years – all over safety forms incorrectly completed.

This week, speaking at a Nuclear Science and Technology gathering in Sandton, Mantashe berated the National Nuclear Regulator for shutting down the reactor under “suspicious” circumstances. The company was losing customers and competitive advantage built up over 20 years because of the shutdown.

Moneyweb understands that Necsa’s chief legal advisor Vusi Malebana is under threat of disciplinary proceedings for a letter he wrote to the board highlighting several crucial and potentially costly governance and legal lapses that ended up being leaked to the press.

According to trade union Nehawu (National Education, Health and Allied Workers’ Union), the trouble started when Radebe last year suspended three members of the board on the grounds of “defiance and ineptitude”. They were chairman Kelvin Kemm, CEO Phumzile Tshelane and finance director Pamela Bosman. The three are challenging their suspensions in the Pretoria High Court.

In apparent breach of the Necsa Act, Radebe immediately appointed Rob Adam as the replacement chairman, and Don Robertson as acting CEO. That was seven months ago. Both men have now left.

The once-profitable state-owned enterprise under the previous board is now a financial wreck, asking parliament for a R500 million bailout.

Nehawu is calling for the removal of the entire Necsa board, as well as Necsa subsidiary NTP Radioisotopes MD Tina Eboka. The union says plans have been hatched to retrench 400 workers without proper consultation. Last week it was granted the right to launch a protected strike.

Robertson had been brought out of retirement to replace Tshelane at the helm of the highly sensitive nuclear company in December last year.

The following appointments as acting CEO have been variously announced and/or retracted since Robertson left:

Both Robertson and Adam managed to antagonise labour when rumours of staff retrenchments started swirling. There was also talk of selling off some of the subsidiary companies as part of a turnaround plan.

Mantashe appears to have spiked at least some of these plans. In his budget speech last week he referenced NTP Radioisotopes, the Necsa subsidiary that leads the world in the production of medical isotopes for the treatment of cancer. The shutdown of the plant by the nuclear regulator that produces this medicine “resulted in the loss in market share, which will take a long time to regain”.

‘Leaders have a duty’

“This led to erratic production until July 2018, a problem that is now resolved, since the NTP developed a Plant Reconstitution Plan which was submitted to the NNR [National Nuclear Regulator],” said Mantashe. “Where you are a leader you have duty to protect market share and competitive advantage.”

Another subsidiary that was also rumoured to be up for sale as part of the turnaround programme is Pelchem, a world leader in producing fluorochemicals that are used in making a variety of consumer products such as high octane fuel, anaesthetics and mobile phones. Any talk of selling this company appears to have ended with the departure of Robertson and Adam.

Mantashe sees a bright future for Pelchem, working together with state-owned mining company Mintek. “We must ensure a sustainable and self-sufficient Pelchem,” he said last week.

When I dealt with them, they had an I don’t care attitude. I can definitely understand this article

And they were handed a world class facility which like everything they touched turned into a total and irrecoverable mess!!! Fully empowered and beeee’d into the ground

It’s like they have the inverse of the ‘Midas Touch’. Truly remarkable to see actually, they consistently mess up everything they get involved in. It’s like a special skill/ability/superpower.

Yes its called the REVERSE Midas touch – everything you touch turns to Sh..t.

Might be best to get some international organisation to look after this lot.

With nuclear you don’t just burn your fingers.

I take “Once profitable” meaning during the time of the previous government.
Likewise with the rest of the SOE’s and municipalities, “once functional”
now dysfunctional and non-profitable due to the incompetent, unprofessional and corrupt ANC cadres deployed with only one mission on mind. Milk them for your own use.

I’d like to know how real is the danger of a nuclear meltdown caused by all this mismanagment and incompetence.

The ANC cannot even make compost.

Nope – they busy talking it

And they want to build more nuclear reactors to generate electricity! Hopefully not within 1000 km of any town.

The taxpayer is entitled to know exactly why Robertson and Adam resigned. Ignorance is NOT bliss when it comes to Nuclear Power.
BEE policies are racist and divisive and have no place in a Democratic society, especially one that has Nuclear capabilities. Very very dangerous for ALL South Africans.

The ANC is a political and moral Chernobyl, leaving everything dead and untouchable in its wake. Turning gold into s***

History and a divine hand. One time in a S.A past. Rumors, owning the A bomb, traveled to the outside world. Lucky we. Today, no fear of that ever becoming reality. The rest of the world, trowing the stuff to each other, will see no need this way.

Apartheid you ugly monster. Why did you destroy everything ?

No no. Not past tense. Apparantly it still apartheid causing all the problems.

The ANC has burned through the futures of South Africans – change the electoral system now.

RW Johnson is correct when he says we can either choose to have a modern industrial economy or the ANC, but we cannot have both.

Looking at what the anc cadres have done to our country, I wouldn’t trust them with an empty wheelbarrow, let alone radioactive material and a nuclear reactor!

Incompetent cadres will do it for you time on time.
You need people with lots of experience to run complicated businesses – the cadres just ain’t got that.
By the time they have the experience, the business is gone.