The Canadian exploration company figured it would find gold if it searched in the vicinity of the producing Navachab Gold Mine in Namibia, and that’s exactly what happened.
By Ciaran Ryan 22 Jul 2021  00:01 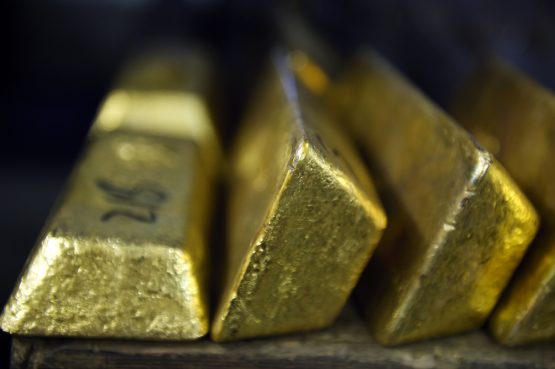 The Namibian government goes the extra mile to provide ‘clear and unambiguous legislation’ and make sure investors ‘are given red carpet treatment’. Image: Carla Gottgens/Bloomberg

For CEO Heye Daun and his team, what started out as a near hunch has turned into the largest discovery of gold in southern Africa in recent years, with a potential value of $377 million (R5.5 billion) based on an assumed gold price of $1 700/oz.

“We figured that if we started searching along strike of the producing Navachab Gold Mine in Namibia, we would find a continuation of an already well proven gold resource – and that’s exactly what we found,” says Daun, a native of Namibia, though currently based in Cape Town.

Navachab Gold Mine was sold by AngloGold Ashanti in 2014 to Canadian producer QKR. Osino’s Twin Hills project is located about 25km from Navachab, and covers an area of some 7 000 square kilometres on the Karibib Fault Line, about 200km north-west of Windhoek.

The Twin Hills PEA envisages a 1.4 million ounce mine, hitting annual production of 124 000 ounces by year two, though Daun says there is plenty room to improve on this.

What’s notable about this find is the all-in sustaining costs of $945 an ounce.

The project has an expected 15-year life of mine with a 3.5 million tonnes a year processing capacity. The pre-production capital cost of $176 million, with an additional $26 million for contingencies, allows for the full development of the mine plus processing plant.

“I think what is special about this project is the ease of access and simplicity of the project, the low technical risk, and consistent geology, which poses no significant problems,” says Daun.

“And we soon hope to have ownership of the surface rights as well as the mining rights, which will derisk the project even further.”

The timing of the discovery and the release of the PEA could not be sweeter, coming as it does at a time when Navachab is reportedly coming up for sale. Combining it with Twin Hills to create a five- to seven-million-ounce combined resource base should be a tempting prospect for a growth-oriented larger acquiror.

This is not Daun’s first rodeo in Namibia. As Moneyweb reported in May last year, he was previously involved in the advancement and definition of the Otjikoto gold mine, also in Namibia, which he subsequently sold in 2011 to another Canadian mining group, B2Gold, for nearly $200 million (R2.9 billion).

Read: While no one was looking, a miner pulled off a major gold find

The Twin Hills PEA is based partly on 69 000 metres of drilling, but does not include an additional 32 000 metres of infill and expansion drilling completed since April 2020, the results of which give Daun confidence that the project has plenty of further upside.

Based on the drill programme so far, Twin Hills has a combined indicated and inferred resource of about 60 megatonne at an average gold grade of 1.0g/t at a cut-off grade of 0.3 g/t for a total of just below two million ounces in resources, of which just over 1.4 million ounces will be mined, as demonstrated in the published PEA.

“Ongoing infill, resource expansion and brownfields exploration drilling with 10 drill rigs, in addition to ongoing project optimisation, is likely to result in improved production parameters and economic outcomes to be published as part of the feasibility study which is expected to be completed during H1 of 2022,” says the PEA.

Daun has been glowing in his praise of Namibia’s mining administrators for going the extra mile to attract foreign investors.

Canadian and Australian junior miners are swarming over Namibia in search of mineral prospects, though the same cannot be said for SA. Daun has accompanied the Namibian mines minister on roadshows to Canada to highlight the benefits of investing in the country’s mining sector.

“I think what investors see in Namibia is a government that is keen to attract investment, to provide clear and unambiguous legislation that leaves no room for doubt, and to do everything in its power to make sure investors are given red carpet treatment.”

Osino is busy with several other gold prospects and targets along the Karibib Fault Line.

“We believe that we can increase recovery grades, and an improvement of even 1% will have a meaningful impact on profitability. We’re working on that already,” says Daun.

“The other feature of this mining project that excites us is that we believe we can grow the project substantially through increased drilling, an optimised mine plan and further metallurgical improvements, thereby hopefully substantially improving on the results of this PEA once we have advanced it to the next stage of feasibility.

“We have no doubt that Twin Hills will become Namibia’s next substantial gold mine and we look forward to fast-tracking the project to the development stage over the next 12 to 24 months.”

The company is listed on the TSX Venture exchange in Canada.

Fantastic result and great to see some exploration success, now if only the S African regulators could take a copy out of their neighbours investment book.

“I think what investors see in Namibia is a government that is keen to attract investment, to provide clear and unambiguous legislation that leaves no room for doubt, and to do everything in its power to make sure investors are given red carpet treatment.”

Yup. In a few years there will be an Aljazeera exposé of “Goldrot”.

What he’s saying is that Namibia doesn’t have a fights about “once empowered always empowered” with its Chamber of Mines like SA….

As usual the Locals incapable of finding whats under their feet or Extracting it !!!

Anyway. This is very exciting news. More money and more employment in Southern Africa means more money for us.

This find with a potential value of R5,5 Billion is referred to as a gem with an expected shelf life of 15 years. Legitimate companies have to take on risks and in this case labour for 15 years to extract that R5,5 billion value. Yet in SA that amount pales into insignificance with just one family who struck gold when they were involved in looting over R49 Billion.