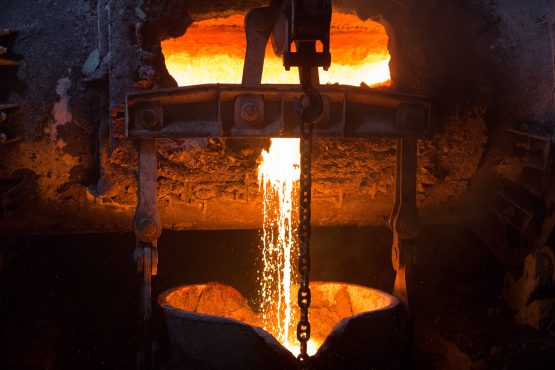 Palladium hit a record $1 620 an ounce in March, a surge of nearly 100% since August. Picture: Bloomberg

A surge in palladium prices has thrown struggling South African mining companies a lifeline. But it may not be enough.

Besides patchy power supplies and high labour costs, South African miners are saddled with ore that typically produces twice as much platinum as palladium – just at a time a global platinum surplus is weighing on prices.

Russia’s Norilsk Nickel (Nornickel), the world’s biggest palladium producer, meanwhile, has emerged as the winner from the reversal of platinum’s long-standing premium over palladium, because the ore it mines is far richer in the latter.

Unlike South African mines, Nornickel’s ore produces four times as much palladium as platinum and the company has lower extraction costs, leaving it in prime position to benefit from palladium’s bull run and reinforce its dominance.

Nornickel said in November it would spend $10.5 billion to $11.5 billion in the coming years to boost its metals output. It plans to raise production of platinum group metals (PGMs) from its Arctic mines by 25% from 2017 levels by 2025 – an increase of about 860 000 ounces.

Platinum and palladium are both mainly used in autocatalysts to reduce car exhaust pollution. But while palladium goes into gasoline cars, platinum is mainly used in diesel vehicles and it has fallen out of favour since the emissions cheating scandal.

“We see the current palladium premium over platinum as sustainable in the mid-term as it is justified by higher fair value-in-use in the automotive industry,” said a Nornickel spokeswoman.

Spending more to crank up production and take advantage of record palladium prices just leaves South African miners with even more platinum when the market is expected to have a surplus for the fourth year in a row. For Nornickel, investing to expand makes more sense given the market dynamics.

“Palladium is now the largest revenue source for Nornickel, followed by nickel and copper and therefore investors like the purer exposure to key industrial metals,” said Roger Jones, a fund manager and head of equities at London & Capital.

According to consultants Metals Focus, higher car industry demand should leave the palladium market with a deficit of 574 000 ounces in 2019, the eighth year of shortfalls in a row. Platinum is expected to have a surplus of 630 000 ounces.

Overall, the basket price of PGMs in South Africa has risen about 30% over the past year thanks to palladium, but miners are not generating enough returns given the composition of their ore to boost production significantly.

“It’s a tremendous difference from a year ago but we are not out of the woods yet as a sector,” Northam Platinum CEO Paul Dunne said, adding that the PGM basket price would need to rise another 20% for most South African mines to be sustainable.

In 2018, margins for South African platinum miners were negative on average, the industry made an aggregate loss and capital expenditure was less than a billion dollars, said industry group Minerals Council South Africa.

Rising costs, including higher wages and electricity bills, are also eating away at margins.

“The reality is the industry is still in deep, deep trouble,” said James Wellsted, spokesman for Sibanye-Stillwater .

“They might be making a little bit of money now but it’s still not high enough to justify investment in projects that will extend the lives of the operation,” he said.

Sibanye has fared better than its rivals partly thanks to its higher exposure to palladium after its acquisition of U.S. mining company Stillwater in 2017. The addition of Stillwater means it now produces an even split of platinum and palladium.

Higher profits from its PGM operations offset a loss from its gold mines, which were hit by five months of strikes, to give it an adjusted core profit (EBITDA) of $12.5 million in the first three months of 2019.

Out on a limb

Lonmin, the world’s fifth largest platinum miner, is being bought by Sibanye in an all-share deal to help both weather the markets after a series of strikes in South Africa and low prices battered Lonmin’s balance sheet.

It made an annual pre-tax profit in its 2018 financial year after four years of losses but is sticking to its plan to cut high-cost production and focus on its newer “Generation 2” operations.

“Despite the progress made, this does not provide a long-term solution to the capital structure challenges faced by Lonmin, as it is still inadequate to invest in the new projects necessary to avoid shaft closures and job losses and maintain our production profile,”  chief executive Ben Magara said.

Anglo American Platinum (Amplats), the top South African palladium producer, resumed dividends in 2017 for the first time since 2011 and raised its dividend payout-ratio this year, but it too is shying away from major spending.

Instead, it is focusing on incremental increases from its palladium-rich Mogalakwena mine. Amplats is studying how to lift PGM output from Mogalakwena by about 500 000 ounces in four to five years from 1.2 million ounces last year.

Mogalakwena sits in the Northern limb of the South African platinum belt where the ore contains relatively more palladium.

But most mines owned by the major miners sit on the Western limb. They contain more platinum, are older and much deeper, making them more expensive and labour intensive to mine.

Impala Platinum, which has seen its profits rise, is closing shafts and cutting thousands of jobs at its Rustenburg mine to try to return it to profitability.

Impala is reviewing an option to raise its stake in a palladium deposit owned by Platinum Group Metals but plans no major expansion itself. It will be cutting platinum output by 230 000 ounces by the end of next year.

“The fact is, we get the metal in the ratio that it was put there and it’s very difficult mostly in South Africa to change that mix,” said Amplats chief executive Chris Griffith.