There’s a lot of stake for both companies as the Competition Tribunal prepares to hear Northam’s arguments on Wednesday.
By Felix Njini, Bloomberg 8 Jun 2022  07:24 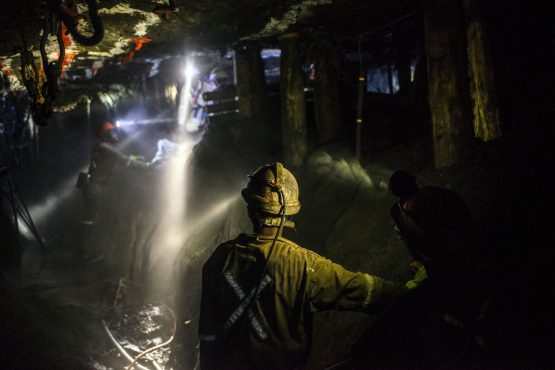 The takeover battle for a $2.9 billion South African platinum miner has shifted to the nation’s antitrust agencies as Northam Platinum Holdings tries to block a bid from rival Impala Platinum.

There’s a lot of stake for both companies as the Competition Tribunal prepares to hear Northam’s arguments on Wednesday.

Read:
Northam considers its options after bagging stake in Royal Bafokeng Platinum
Implats takes a hit to the bottom line as it acquires RBPlat

For Northam Chief Executive Officer Paul Dunne, the purchase of Royal Bafokeng Platinum would help close the gap on the country’s top tier of producers. For his Implats counterpart Nico Muller, RBPlat’s low-cost mechanised assets are essential to maintaining the profitability of the company’s adjacent Rustenburg operations.

It’s a fight that could influence the competitiveness of a key South African export industry and the fate tens of thousands of jobs. It also comes as the sector faces pressure from electric vehicles, which threaten to curb demand from automakers that use platinum-group metals in anti-pollution devices.

Northam said any takeover of RBPlat by Implats would be anti-competitive as it would concentrate significant mineral reserves with one company, according to documents filed with the tribunal and seen by Bloomberg News. The acquisition would also mean that Implats may run out of refining capacity to process metal from smaller third-party producers, Northam said in the filings.

“The proposed transaction raises significant horizontal concerns as it results in the combination of two substantial operations at the mining and concentration level of the supply chain,” Northam said.

Northam’s intervention comes after the Competition Commission in April approved Implats’s acquisition of RBPlat, and referred the matter to the tribunal for a final ruling.

Northam is intentionally trying to delay the acquisition until it can raise money to make a competing bid, Implats said in its own documents submitted to the tribunal.

“Northam has not raised any genuine competition law concerns with the proposed merger,” Implats said in the documents. “The theories of harm that Northam has advanced in its application are plainly contrived ones aimed at masking the real commercial objectives that underlie its application.”

Implats revived its pursuit of the smaller producer at the end of November, following Northam’s swoop earlier that month to buy out RBPlat’s biggest shareholder. Following its 150 rand per share offer to RBPlat shareholders, Implats has built a 37.83% stake, but needs antitrust approval to gain majority control. That offer, supported by RBPlat’s board, has been extended to Aug. 8 following Northam’s filings.

Implats’s bid came after Northam agreed to pay 180 rand a share for a 32.8% stake in RBPlat. Northam has since raised its holding in RBPlat to 34.95%, and has said it has options to increase that stake to 38.27%.

The takeover battle also highlights the reluctance of South African platinum producers to spend years developing costly new mines amid uncertainty over future demand. In its submissions to the tribunal, Northam said that if Implats acquired RBPlat, there would be an incentive for its rival to cut back on investment elsewhere.

While Northam has asked for permission from the Competition Commission to submit its own merger notification, the company has yet to table a general offer to RBPlat investors.