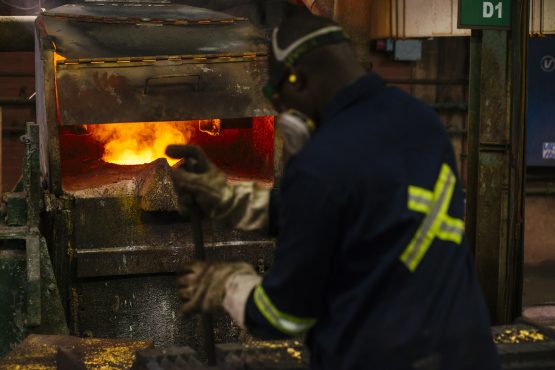 Rand Refinery will shut its smelter and significantly scale down its gold refining during South Africa’s 21-day lockdown over coronavirus, the gold refiner said on Thursday.

One of the world’s biggest gold refineries, Rand Refinery said it would primarily process “residual surface materials” from South African gold mines and mine dore received from the rest of Africa.

Rand Refinery, which produces between 250 and 280 tonnes of refined gold a year, said its smelter would be shut for 21 days from midnight on Thursday but that a small team would remain for care and maintenance.

The refiner, the only one in Africa certified to deliver gold to major international banks, processes gold from countries including Ghana, Tanzania, Democratic Republic of Congo, Mali, Namibia, Guinea and Zimbabwe.

“A complete shutdown of the refinery would have had a domino effect on the production on the continent,” Rand Refinery CEO Praveen Baijnath said, adding that the sale of refined gold in London provides an important boost to African economies.

“Without the vital foreign exchange, the efforts by various governments on the continent to fight the pandemic would have been severely compromised.”

Most of South Africa’s gold mines – including the world’s deepest, Mponeng mine – will temporarily halt operations, going into care and maintenance for the 21-day lockdown.

A private company, Rand Refinery’s shareholders include some of South Africa’s biggest gold miners: AngloGold Ashanti with a 42.4% stake, Sibanye-Stillwater with 33.15%, DRDGOLD which owns 11.3%, Harmony Gold with 10% and Gold Fields which holds 2.76%.